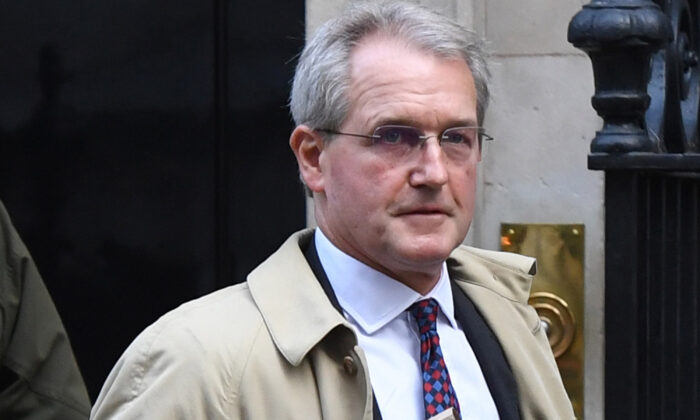 A Conservative found to have committed an “egregious” breach of lobbying rules has avoided an immediate suspension after MPs voted for a government-backed proposal to overhaul their disciplinary process.

In an unprecedented move, they chose not to back the cross-party Standards Committee’s call for a six-week ban from Parliament for Owen Paterson after it was ruled that he repeatedly lobbied ministers and officials for two companies paying him more than £100,000 per year.

Instead, the House of Commons backed a Tory amendment calling for a review of his case after Prime Minister Boris Johnson questioned whether the investigation into Paterson was fair as his party was accused of “wallowing in sleaze.”

The MP for North Shropshire, who angrily denied the findings against him, could have faced recall proceedings that may have triggered a by-election if the recommended six-week suspension had been approved.

There were shouts of “shame” and “what have you done to this place” from the oppositions MPs as the House voted 250 to 232, majority 18, to approve the amendment.

Deputy Labour leader Angela Rayner accused the Tories of being “rotten to the core” after the “absolute disgrace.”

She said the party will “not be taking any part in this sham process or any corrupt committee,” with the SNP also saying it would boycott the overhaul.

As well as reviewing Paterson’s case, the amendment calls for a Conservative-majority committee led by former culture secretary John Whittingdale to examine the standards system.

Parliamentary Commissioner for Standards Kathryn Stone recommended a ban from the Commons of 30 sitting days for Paterson in a report approved by the Standards Committee.

Stone’s investigation found he repeatedly lobbied on behalf of two companies for which he was acting as a paid consultant—Randox and Lynn’s Country Foods.

Paterson claimed the investigation was unfairly conducted and argued the manner in which it was carried out had played a “major role” in his wife Rose’s suicide last year.

The Prime Minister, who voted for the amendment, said paid lobbying in the Commons “is wrong” and those “who are found guilty of that should apologise and pay the necessary penalties.”

“But that is not the issue in this case or this vote that is before us,” he added to MPs.

“The issue in this case, which involved a serious family tragedy, is whether a member of this House had a fair opportunity to make representations in this case and whether, as a matter of natural justice, our procedures in this House allow for proper appeal.”

Rayner, standing in for Labour leader Sir Keir Starmer during Prime Minister’s questions after he had a positive coronavirus test, accused the Conservatives of “wallowing in sleaze” and of a move showing it is “one rule for them and one rule for the rest of us.”

There was a sizeable rebellion from Conservatives who refused to follow orders to back the bid, with longest-serving MP Sir Peter Bottomley suggesting overhauling the system now would be improper.

“We chose the system we are now using,” he said. “If we want to consider changing it, we do it in a proper way instead of considering it in the way we are now.”

The division list showed 13 Tories voted against the Leadsom amendment, while a no vote was recorded by 98 others. Some 246 Conservatives were listed as having voted for it.

The Prime Minister’s press secretary insisted “this isn’t about one individual case and we’re not having a view on the ruling or looking to overturn the ruling” despite the amendment specifically naming Paterson.

She insisted the Paterson case had “crystallised” the demand for reform, saying it had been “long-standing” among MPs, but declined to say why changes had not been introduced earlier.

“It’s absolutely not a case of MPs marking their own homework,” the spokeswoman added.

Daniel Bruce, chief executive of anti-corruption campaigners Transparency International UK, said: “With this vote, MPs have sent a clear signal that they believe there should be one set of rules for them and another set for everyone else.

“This is hugely damaging for trust in our democracy and the rule of law.”

Dave Penman, the general secretary of the FDA representing senior civil servants, said: “It is clear that Members of Parliament are more concerned about protecting one of their own rather than following their code of conduct and upholding standards.

“The vicious and orchestrated campaign of personal attacks against the Parliamentary Commissioner for Standards—a public servant who cannot answer back—is completely unacceptable.”

Standards Committee chair Chris Bryant had warned that if the Leadsom amendment won then “the public would think that we would be the Parliament that licensed cash for questions.”

There had never been a successful amendment to reduce the suspension of an MP since the Second World War while the House had never voted down a disciplinary sanction since the creation of the modern standards system.