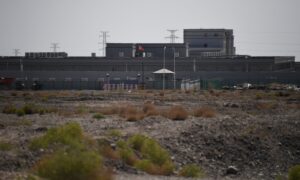 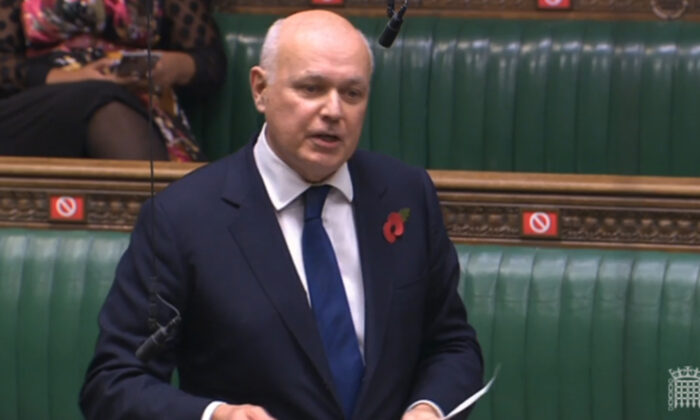 The UK Parliament on Tuesday passed a compromise version of an amendment to its post-Brexit Trade Bill on curbing trade with genocidal countries.

The amendment (pdf), proposed by Conservative MP Robert Neill and backed by the government, was put before MPs instead of Lord Alton’s original version, which won by a two-thirds majority in the House of Lords on Feb. 3.

Lord Alton’s amendment gives UK domestic courts power to determine whether a current or potential trade partner has committed genocide. If such a determination is made, a minister must arrange a motion for debate in each house of Parliament requiring the government to set out its course of action, which may include stopping negotiations or withdrawing from a trade deal with that country.

The government argued that it is “inappropriate and would carry harmful unintended consequences.”

“Genocide is notoriously hard to prove with a high legal threshold,” Trade Policy Minister Greg Hands said. “If a judge were unable to make a preliminary determination on genocide, which is highly probable, it would be a huge propaganda win for the country in question, effectively allowing that state to claim they’ve been cleared by the UK courts.”

Therefore, the government dismissed Alton’s amendment, and put before MPs Neill’s amendment, which tasks a select committee of either house of Parliament to find “appropriate” evidence that a “prospective FTA [free trade agreement] counter-party” has committed genocide.

According to Parliamentary standing order No. 83G, only ministers can put questions on motions or move amendments, during conclusion of proceedings on further messages from the Lords.

“The point is, who decides what Parliament debate? It is a matter for Parliament to decide what should come before Parliament, and that is why the role of the select committee is the right and proper place for this, not the role for the courts,” Hands argued, adding that Neill’s version is “more human rights friendly” since it sets a lower bar than a court’s decision.

Former Tory leader Sir Iain Duncan Smith said that the government had repeatedly said it would only recognise a court decision on genocide.

“Literally yesterday, … the Foreign Office said, and I quote, ‘It is the policy of the UK government that any judgment, any judgment, on whether genocide has occurred, is a matter for a competent court, rather than governments or other non-judicial bodies,'” Duncan Smith said, referring to a written answer the Foreign Office wrote to Conservative MP Nusrat Ghani on Monday.

“Select committees already have every single one of the powers that are supposedly being given to us by this amendment,” he said, “and the government already dismisses every single substantive motion that is agreed by the House if it just doesn’t like it in the first place.”

“It did so on the Yazidi when there was unanimous view of the House. It’s done so on the select committee and reports by the Foreign Affairs Committee on the Rohingya,” he added.

The debates around the genocide amendment have been largely focused on the Chinese regime’s treatment to Uyghur Muslims in Xinjiang. The government repeatedly said that the amendment wouldn’t help Uyghurs because the UK and China does not have a free trade agreement.

“And if you look at the details of that amendment, it deliberately excludes the Uyghur and China,” she said.

“So at the moment we’re outsourcing genocide determination to the UN, which is handcuffed by China and Russia. Why not bring that back home? Why not take back control in line with the government’s own policy?” she asked.

The government on Feb. 2 told Baroness Cox that “China is an important trading partner for the UK,” and the UK government is “pursuing increased bilateral trade” with the Chinese regime.

Neill’s amendment was narrowly passed by 318 votes to 303. Lord Alton said that House of Lords should reinsert his amendment to give MPs a chance to vote on it.

“Despite throwing everything, including the kitchen sink, into persuading MPs to support their wrecking amendment, the Government majority was just 15,”  he wrote on Twitter.

“The Lords can now give the Commons the chance to vote on the Genocide amendment and should do so.”

Ghani said there’s still one more chance for the amendment to be voted on.

“We didn’t to get to vote on the #GenocideAmendment today but the Parliamentary Act gives us one more chance if the [House of Lords] agree,” she wrote on Twitter.

We didn’t to get to vote on the #GenocideAmendment today but the Parliamentary Act gives us one more chance if the @UKHouseofLords agree. https://t.co/xbnbd26AOK

“It will now be up to the Lords to put this right and give the Commons a vote on whether our courts should be allowed to hear cases of genocide,” Duncan Smith wrote in an op-ed in The Telegraph ahead of the vote on Tuesday.