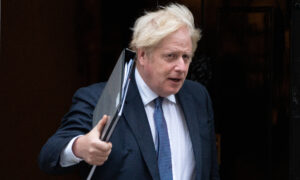 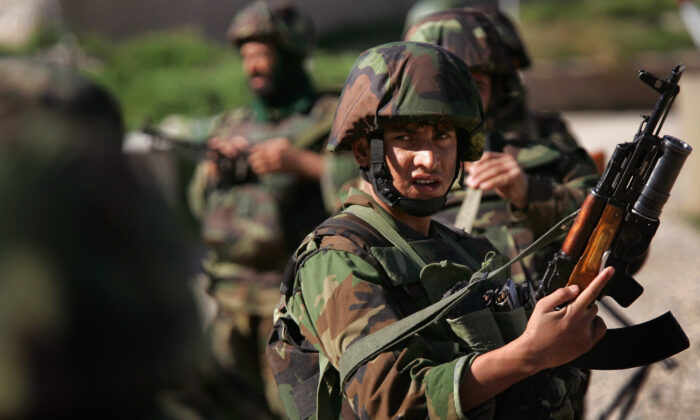 Senior UK lawmakers have proposed creating a new British Army regiment for personnel of the Afghan special forces, according to The Daily Telegraph.

Hundreds of former commandos in the Afghan National Army, who UK troops helped to train, arrived in the UK this month, following the collapse of the Afghan government and the Taliban takeover of the country.

The UK government is considering proposals from senior Conservative MPs to set up a new British Army regiment for the former personnel of the Afghan special forces, The Telegraph reported on Monday.

In an emailed statement to The Epoch Times, a spokesperson for the UK Ministry of Defence said: “Thousands of Afghan nationals, including those who worked alongside our Armed Forces, are being welcomed into the UK and we are currently assessing how to best support them and utilise their skills and expertise going forward.”

The elite Afghan troops played a key role in the evacuation effort at Kabul airport, the paper said. They went undercover into crowds outside the airport, and even into Taliban-controlled areas at huge personal risk, to find Afghan translators and their families and other eligible personnel, and handed them over to British forces.

British lawmakers who served as military officers in Afghanistan have backed the proposal.

Tom Tugendhat, a Conservative MP who chairs the Foreign Affairs Select Committee in the House of Commons, said the former commandos should be welcomed into the British Army.

“We trained and fought alongside many Afghans who are now in the UK. They’ve proved their loyalty a thousand times. If they want to serve, we should welcome them, I would love to see a regiment of Afghan scouts,” he told The Telegraph.

Tobias Ellwood, another Tory MP who served in Afghanistan and is now chairman of the Defence Select Committee, said: “Given that we’ve helped train these forces, it’s certainly something that needs to be a consideration. One avenue is they are kept as a unit, as the Gurkhas have operated. The other avenue is they are blended into our own system.”

The Gurkhas are soldiers recruited from Nepal who have been part of the British Army for nearly 200 years. The Army’s Brigade of Gurkhas currently comprises more than 4,000 Nepalese soldiers.

The UK government on Sunday announced new plans to resettle Afghans who worked closely with the British military and the UK government, which is dubbed “Operation Warm Welcome.”

Prime Minister Boris Johnson said in a statement: “I am determined that we welcome them with open arms and that my government puts in place the support they need to rebuild their lives. We will never forget the brave sacrifice made by Afghans who chose to work with us, at great risk to themselves. We owe them, and their families, a huge debt.”