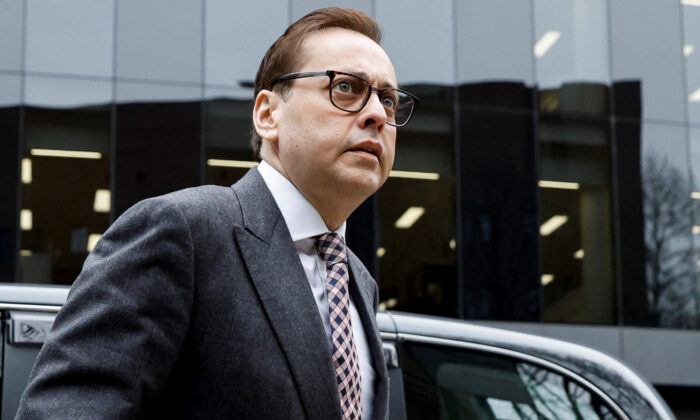 A British member of Parliament resigned on Thursday in the wake of his conviction for sexually assaulting a boy, triggering a potentially challenging by-election.

Imran Ahmad Khan, 48, the MP for Wakefield, a city in West Yorkshire, Northern England, said he’s appealing the verdict, and it would be “intolerable” for his constituents to “go years without an MP” after they had “already been without visible parliamentary representation for a year.”

Parliament records show Khan’s last vote was cast on July 20, a month after he was charged with a sexual assault in 2008.

On April 11, a jury convicted Khan of sexual assault for groping a then-15-year-old boy at a house party. Following the conviction, the MP was expelled from the Conservative Party. Khan’s lawyer said he “maintains his innocence and will be appealing as soon as possible.”

In a statement posted on Twitter on Thursday, Khan said he’s “appealing the verdict,” resigning from his post as an MP, and withdrawing from political life.

“While legal proceedings are ongoing, I do not believe that it would ordinarily be appropriate to resign,” he said.

“However, owing to long delays in the legal process, my constituents have already been without visible parliamentary representation for a year. Even in the best case scenario, anticipated legal proceedings could last many more months,” he added.

“I have therefore regrettably come to the conclusion that it is intolerable for constituents to go years without an MP who can amplify their voices in Parliament.”

Khan said it was the honour of his life to represent his constituents, who “deserve better than this.”

“Consequently I am resigning as MP for Wakefield and withdrawing from political life,” he said, adding he would write to the Parliamentary authorities to confirm his resignation and “focus entirely on clearing [his] name.”

A British born who is both gay and Muslim, Khan apologised to his family and community “for the humiliation this has caused them,” saying it’s had “not been easy” for them to find out about his sexual orientation, drinking, and past behaviour” from the press.

Khan was one of the 2019 intake of Conservative MPs who won in so-called “Red Wall” seats— traditional Labour constituencies in the north of England which voted overwhelmingly for Brexit.

Labour had held the Wakefield seat since the 1930s until Khan’s victory in 2019.

Khan won Wakefield by 3,358 over Labour former frontbencher Mary Creagh but the Conservatives will be nervous about maintaining that lead.

Labour leader Sir Keir Starmer will also feel the pressure of having to recapture the seat amid high expectations.

When the by-election is held is determined by the party whose MP held the vacant seat, in this case the Conservatives.

The party referred inquiries about when the vote will be triggered to the chief whip’s office.

During the trial before Khan’s conviction, the jury heard that Khan had forced the teenager to drink gin and tonic, dragged him upstairs, pushed him onto a bed, and asked him to watch pornography before groping him at a house in Staffordshire in January 2008.

Denying the allegations during the trial, Khan told the court on April 6 that he was “trying to be kind and helpful” by discussing sexuality with the boy, who he said appeared “troubled” and “keen to want to talk about this.”

Khan denied touching the boy’s feet and thigh, saying the teenager became “very upset” and “bolted out” after he suggested pornography, and that he touched the teenager’s “elbow or his arm to placate him.”

The trial also heard that the victim’s older brother was at the same party wearing a kilt. He said Khan lifted up the kilt while asking if the then-18-year-old was wearing the garment like “a true Scotsman.”

Another witness alleged that Khan had sexually assaulted him in his sleep in Pakistan after a party where whisky and marijuana were consumed, but Khan’s lawyer suggested the alleged victim, despite being heterosexual, was “consenting” at the time under the influence of alcohol, cannabis, and a sleeping pill.