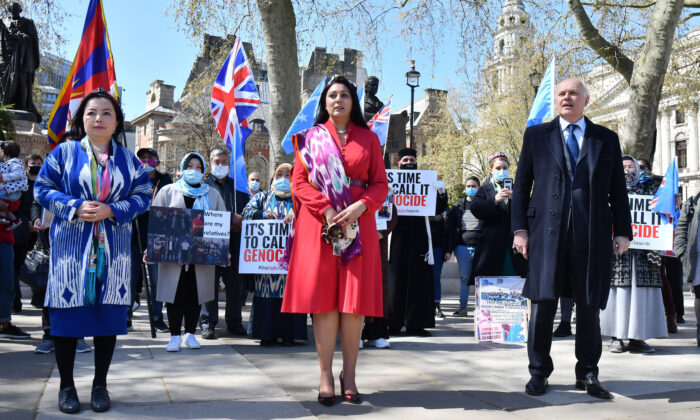 UK Lawmaker Claims She Was Sacked as Minister for ‘Muslimness’

A Conservative MP has said she was told that she was sacked from her ministerial post because her “Muslimness” was “making colleagues uncomfortable.”

In an interview with The Sunday Times, Nusrat Ghani said when she lost her job as a transport minister in 2020, a government whip told her that “Muslimness” had been raised as an issue at a Downing Street meeting to discuss the reshuffle.

The claim was denied by Chief Whip Mark Spencer, who said her allegation was “defamatory.”

Reacting to the allegation on Sunday, a Number 10 spokesman said that Prime Minister Boris Johnson had met Ghani after learning of her “extremely serious claims” in July 2020.

“He then wrote to her expressing his serious concern and inviting her to begin a formal complaint process. She did not subsequently do so,” the spokesman said.

“The Conservative Party does not tolerate prejudice or discrimination of any kind,” he added.

Talking to Sky News, Deputy Prime Minister Dominic Raab said while Ghani’s allegation was “incredibly serious,” there will be no “specific investigation” into her claim unless she submitted a formal complaint.

In her Sunday Times interview, Ghani said she was shocked when the issue of her background and faith was raised during a meeting in the whip’s office after the mini-reshuffle in February 2020.

“I was told that at the reshuffle meeting in Downing Street that ‘Muslimness’ was raised as an ‘issue,’ that my ‘Muslim women minister’ status was making colleagues uncomfortable and that there were concerns ‘that I wasn’t loyal to the party as I didn’t do enough to defend the party against Islamophobia allegations.’”

“In the following weeks, I was informed that if I persisted in raising this that I would be ostracised by colleagues and my career and reputation would be destroyed.”

Following the allegations, Spencer publicly identified himself as the individual who spoke to Ghani.

“To ensure other whips are not drawn into this matter, I am identifying myself as the person Nusrat Ghani MP has made claims about this evening,” he said in a statement posted on Twitter.

“These accusations are completely false and I consider them to be defamatory. I have never used those words attributed to me,” he wrote.

The main opposition Labour Party has called for an independent inquiry into the matter.

Some Conservative MPs have also condemned what allegedly happened to Ghani. Former Brexit minister Steve Baker wrote on Twitter: “That Nus could be treated like this is completely intolerable. I value Nus Ghani as a great colleague and I’m appalled. We must get to the bottom of it.”

Ghani, 49, was born in Kashmir to Pakistani parents and grew up in Birmingham. She worked in an investment bank, charities, and the BBC World Service before entering politics.