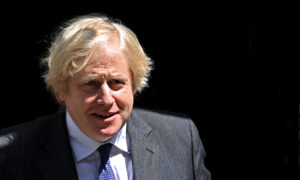 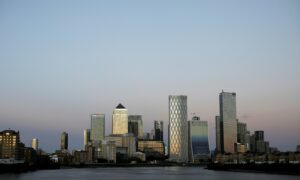 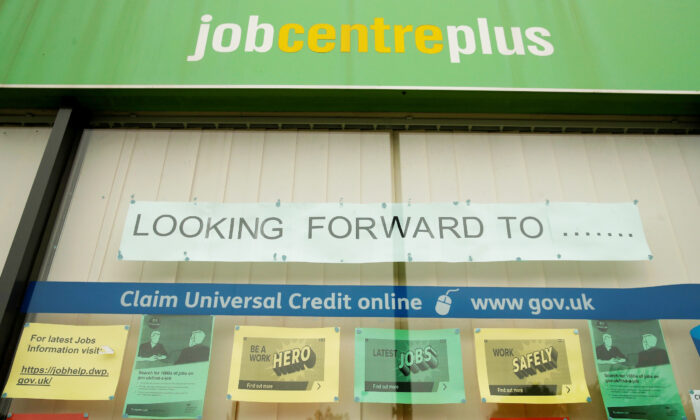 Job adverts are seen in the window of a job centre following the outbreak of the coronavirus disease (COVID-19), in Manchester, Britain, on July 8, 2020. (Phil Noble/Reuters)
UK

The UK government on Wednesday launched a new subsidized jobs scheme to help young people secure employment. The scheme is part of the government’s effort to “protect, support, and create jobs” amid the devastating economic impact of the CCP virus pandemic.

Therese Coffey, the Secretary of State for Work and Pensions, urged businesses to get involved in the scheme, in which she said “young people taking part will receive on-the-job training, skills development, and mentoring.”

The 2-billion-pound ($2.67 billion) Kickstart Scheme, announced by the Chancellor of Exchequer Rishi Sunak in July, is now open for applications from employers in England, Scotland, and Wales.

Successful applicants will offer six-month work placements to young adults aged 16 to 24 who are claiming Universal Credit and at risk of long-term unemployment, without effecting existing jobs. The government said it expects the first placements to start in November.

The scheme will cover the wages of these young interns for 25 hours per week at the national minimum wage for their age group so that they can learn basic on-the-job skills and a good work ethic. Employers are also required to provide them with careers advice and other support to help them find long-term employment once the placement ends.

Employer National Insurance contributions and pension contributions will also be covered by the scheme, which will run until December 2021 and may be extended.

According to the government, about 700,000 young people will be leaving education and entering the job market this year, and 250,000 more people under 25 have claimed unemployment benefits since March.

“At a time when cashflow is tight, this fully funded scheme will help employers bring young people into the workplace and develop new talent for the future,” British Chambers of Commerce Head of People Policy Jane Gratton said in a statement.

In April, Sunak announced a multi-billion-pound Job Retention Scheme, paying 80 percent of the salaries of workers furloughed due to the lockdown, in order to prevent job losses.

The UK’s economy suffered a record fall of 20.4 percent between April and June, making it the world’s worst-hit major economy by the global pandemic. Employment numbers fell by 2.5 percent, the biggest quarterly fall since 2009, the depth of the last global financial crisis.

Sarah Smith, a job seeker from Leeds, one of the worse hit areas in Britain in terms of jobs, told the BBC that she has applied for 2,000 jobs since May without getting one reply.

Alexander Zhang contributed to the report