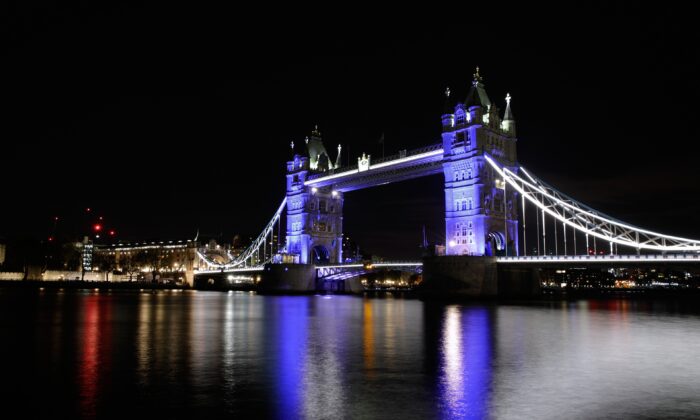 Foreign companies owning or buying UK land or properties will have to reveal their true owners as the government launched a new register on Monday in a bid to ensure “criminals cannot hide behind secretive chains of shell companies.”

From Aug. 1, any foreign entity seeking to buy UK land or property will have to identify its beneficial owner and present verified information to Companies House—the government body in charge of company registration—before submitting an application to the UK’s land registries.

Existing property holding entities will have six months to register their beneficial owners or managing officers or face fines up to £2,500 ($3,060) per day or a prison sentence of up to 5 years.

Companies House Chief Executive Louise Smyth hailed the launch of the new register as a “significant milestone” for the department as it seeks to “play a much greater role in tackling economic crime.”

The measure was first announced on Feb. 28 in response to Russia’s invasion of Ukraine as part of the Economic Crime Bill, which was fast-tracked to become law on March 14.

To tackle avoidance, any overseas entity that has disposed of property since Feb. 28 will be required to provide a statement to Companies House.

Business Minister Martin Callanan said the UK needs to “know who owns what” to ensure the country is “free of corrupt elites with suspicious wealth.”

“By getting this first-of-its-kind register up and running at breakneck speed, we are lifting the curtain and cracking down on those criminals attempting to hide their illicitly obtained wealth,” he said.

But critics said the law, targeting only foreign entities, left “gaping holes” for oligachs and corrupt individuals to exploit.

John Cullinane, the director of public policy at the Chartered Institute of Taxation, said “a particular loophole in the new law” is that it requires the revelation of the beneficial owners of the companies, but not the land or the properties.

“This matters because the company could be holding that land as a nominee for an individual who does not own the company,” he said.

He also criticised the rule for only targeting owners with more than 25 percent of a companies’ shares, citing an example of a “family of six,” each owning a 16.67 percent share of a company, which would be left “outside the registration requirements.”