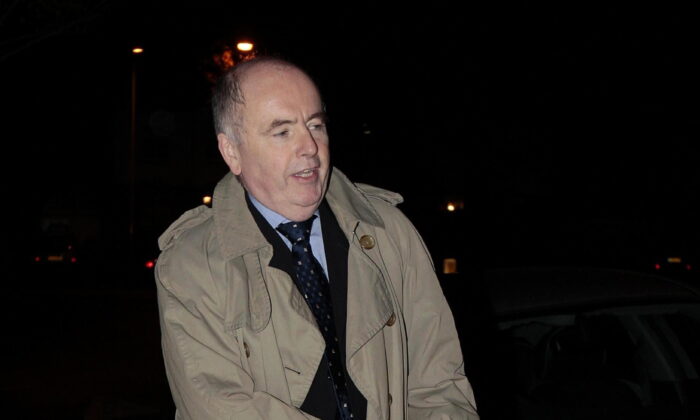 MPs from across the political spectrum paid tribute to the 73-year-old former trade unionist and offered their condolences to his wife, the party grandee Harriet Harman.

The father-of-three, who represented Birmingham Erdington since 2010, was understood to have died from natural causes, having contributed to a Parliament debate as recently as Thursday.

A statement issued by the Labour Party on behalf of Dromey’s family said: “Jack Dromey MP died suddenly this morning aged 73 in his flat in Erdington.

“He had been a dedicated Member of Parliament for Birmingham Erdington since 2010.

“He was a much-loved husband, father, and grandfather, and he will be greatly missed.”

Dromey and Harman’s son Joe tweeted: “Our dad—Jack—died suddenly today. We loved him so, so much. Rest in peace big man x.”

Harman, who served as deputy Labour leader between 2007 and 2015, announced last month that she will not run for her Camberwell and Peckham seat in the next general election.

Labour leader Sir Keir Starmer said: “The proud son of Irish parents, Jack Dromey dedicated his life to standing up for working people through the Labour movement, becoming deputy general secretary of the UK’s largest trade union and then a Labour MP.

“From supporting the strike at the Grunwick film processing laboratory, when he met Harriet, through to being elected to represent Birmingham Erdington in 2010, Jack lived his commitment to social justice every day.

“Jack was recognised for his determination to stand up for his constituents and he was highly respected and warmly regarded across Parliament.

“My thoughts and those of the whole Labour movement are with Harriet, their children, and all those who knew and loved Jack.”

On Thursday, Dromey contributed to a Westminster Hall debate on the Afghan citizens resettlement scheme in his role as shadow Home Office minister, to which he was appointed last month.

House of Commons Speaker Sir Lindsay Hoyle said: “We are all in disbelief that the life-force that was Jack Dromey has died—this is another sad day for the House and a bad start to the year.

“He was a great guy, down to Earth, always positive and always looking to support and save jobs.

“At his heart, he was a devoted husband, father, and grandfather—so all our thoughts go to Harriet and the rest of the family at this very sad time.”

Dromey, who was the deputy general secretary of the Unite union before becoming an MP, joined the Labour frontbench as shadow housing minister in 2010 under then Labour leader Ed Miliband.

Education Secretary Nadhim Zahawi said he was “shocked and heart-broken” by the MP’s death.