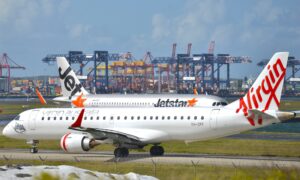 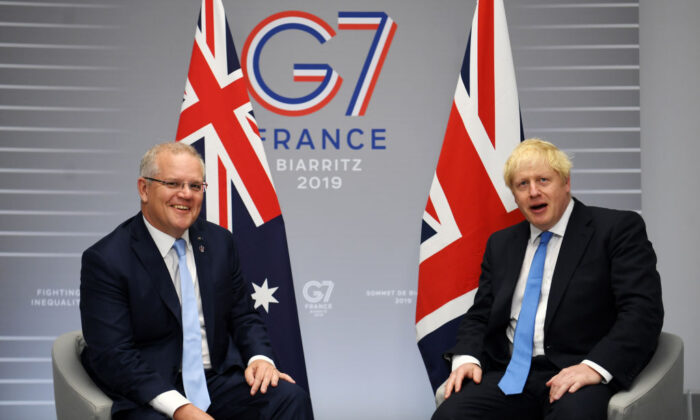 Announcing the news on Dec. 15, Downing Street said Johnson was looking to establish stronger ties in the Indo-Pacific region and “work with a group of like-minded democracies to advance shared interests and tackle common challenges.”

This will be the third consecutive time that Australia has been invited to attend the G7 summit which is headed up by Canada, France, Germany, Italy, Japan, the UK, and the United States.

Speaking to Seven’s The Morning Show on Dec. 16, Prime Minister Scott Morrison said the summit will be an important part of like-minded countries seeking a way out of the global COVID-19 recession.

“This recession, it wasn’t caused by a collapse of capitalism or any of these sorts of things,” Morrison said.” It was caused by a meteor, a metaphorical meteor in the form of COVID-19 and the way out of this is through the models that we have in countries like ours and the United Kingdom and the United States and Japan and France.”

Morrison went on to say he believed that liberal market-based democracies had produced the greatest wealth development the world had seen and that following this model, with the right social supports that democracies like Australia’s have, it would provide a path to economic recovery.

“So it is good for us to get together to line up on these issues and see how we can continue to support the recovery of the world economy,” he said.

The move by Johnson comes after he announced he would be visiting India to boost jobs and prosperity in the UK post-Brexit.

The visit will be Johnson’s first visit to the region and the first since the UK’s departure from the European Union (EU). Downing Street said it also underlines the Johnson government’s commitment to step-up the UK’s involvement with the Indo-Pacific region.

Recently Britain signed a memorandum of understanding (MoU) with Australia to cooperate on the production of the next generation of cutting-edge naval frigates and generate jobs in each other’s economies.

Further, the UK is also negotiating with Australia a comprehensive Free Trade Agreement.

According to the British Department For International Trade, an FTA with Australia is a golden opportunity for the UK to cement Australia’s existing strong relationship that includes a shared language, a Head of State, a common law system, and societal values.

“There are few countries with which we could negotiate as advanced an FTA as we can with Australia in the areas that matter to the UK,” the department said.