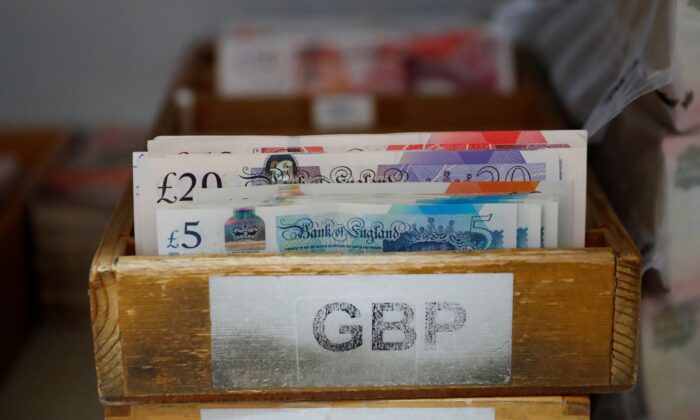 New analysis shows how much the squeeze on budgets affected by inflation and energy prices is hitting the poorest in the UK, with continuing pressures expected in the year.

Analysis from the economic think tank Institute for Fiscal Studies (IFS) on Wednesday indicated the bottom 10 percent of the population in terms of income faced an inflation rate of 10.9 percent, while for the richest 10 percent it was 7.9 percent, a full three percentage points lower.

Until this point, IFS’s work has shown that households across all income groups have faced similar rates of inflation.

Energy bills have also soared, with the price cap increasing by £693 ($858) for the typical family in April. Food prices have risen by 6.7 percent, their highest rate since 2011.

Karjalainen said she estimated “that the poorest 10 percent of households faced an inflation rate of 10.9 percent.”

“State benefits only increased by 3.1 percent in April. This means big real terms cuts to the living standards of many of the poorest households,” she added.

“Continuing pressures, such as the war in Ukraine, are likely to push Ofgem’s October tariff cap, as well as other prices including food prices, even higher later this year. We are likely to be in a prolonged period during which poorer households are facing rates of inflation even higher than the headline figures would suggest,” said Karjalainen.

The Resolution Foundation, a think tank focused on improving the living standards for those on low to middle incomes, said that “we always knew that April was going to mark a bleak milestone in the cost of living crisis,” noting the 54 percent rise in the energy price cap which took effect on April 1.

“A few weeks back the Bank of England warned the UK could see double-digit inflation later this year. Today’s data shows poorer households are already living with it,” it wrote.