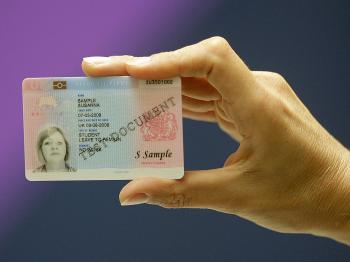 The news comes as a survey this week claimed that people in the UK oppose the National Identity Register by two to one, just one week after the ID card scheme was finally made compulsory for foreign nationals wishing to remain in the UK.

Ranjit Singh was applying to stay in the country as the common law husband of a British citizen. For this he needed to have a biometric card from the new National Identity Register and so had to attend the nearest centre.

Fingerprints, signature and photo are put on the card. Having given these biometric details, Mr. Singh’s information was run through the database’s programs. His fingerprints matched those of a man who had already been refused asylum. This person was also called Ranjit Singh and was found to have the same fingerprints.

Mr. Singh had changed his age but not his name, perhaps because he used his birth certificate as ID and one digit was easier to change than a word. According to the Home Office, “There is nothing in the law of the United Kingdom to prevent people from changing their name simply by using another one and gradually becoming known by it.”

He was charged with the offence of seeking leave to remain in the UK by deception to which he pleaded guilty. He is in custody until 8th January 2009 when he will be sentenced at Warwick Crown Court.

A few days earlier, NO2ID, a UK-wide, non-partisan campaign against ID cards and “the database state”, had the responses of 1001 randomly selected adults compiled by data company ICM.

Phil Booth, NO2ID's national co-ordinator, said, 'Support for ID cards is already under 50 percent. Once it is common knowledge that the ID scheme is designed to pass around the information it collects about you, then the scheme is politically doomed."

NO2ID pointed out (in their submission to the Joint Committee on Human Rights on the Draft (Partial) Immigration and Citizenship Bill 2008) that any failure of documents would place a UK citizen in the same position as a "foreign national". They say it would mean that a problem with a UK citizen's present passport could mean they are deemed not to have “entered” the UK and could be kept in immigration detention without remedy.

NO2ID see a concern with data-sharing and biometrics as being allied to a general administrative fashion and larger administrative plans and that little attempt is made to justify them as specifically necessary.

By the end of 2014-15 90 percent of all foreign nationals are expected to have been issued with a card.