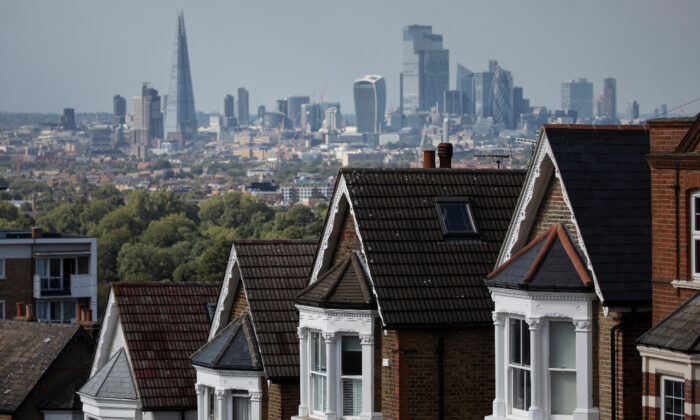 House prices in the UK continued to rise sharply in April, but experts warn the boom may soon be over amid increasing pressure on household finances.

The average UK house price increased by 1.1 percent or £3,078 ($3,801) last month, marking the longest run of monthly rises since 2016, according to the Halifax House Price Index.

Russell Galley, managing director of Halifax, said: “This was the 10th consecutive month that property values have increased, the longest run of continuous gains since the end of 2016.”

Galley said: “The imbalance between supply and demand persists, with an insufficient number of new properties coming on to the market to meet the needs of prospective buyers and strong competition to secure properties driving up prices.”

But he said the growth may slow down amid the “headwinds facing the wider economy.”

Inflation is expected to hit 10 percent in the coming months and the Bank of England, the UK’s central bank, raised the base rate to 1 percent this week, pushing up costs for some borrowers.

According to Galley, “the house price-to-income ratio is already at its highest ever level (7.2 times full-time average earnings typically) and with interest rates on the rise and inflation further squeezing household budgets, it remains likely that the rate of house price growth will slow by the end of this year.”

“Even though prices rose sharply again in April, the house price boom will soon be over,” he said.

“The stamp duty holiday, record low interest rates, and the race for space triggered an unprecedented surge in demand and activity, pushing prices ever higher, but we’re now entering the business end of the pandemic.”

Meanwhile, the recovery of the UK’s house-building sector has slowed amid rising costs and economic worries.

According to the S&P Global/CIPS construction purchasing managers’ index (PMI) survey, the increased prices that companies are paying for energy, fuel, and raw materials led to cost inflation hitting its highest since last September.

“House building saw the greatest loss of momentum in April, with the latest expansion in activity the weakest since September 2021,” he said.