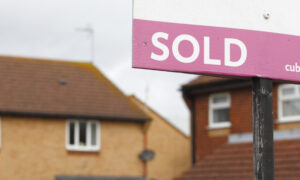 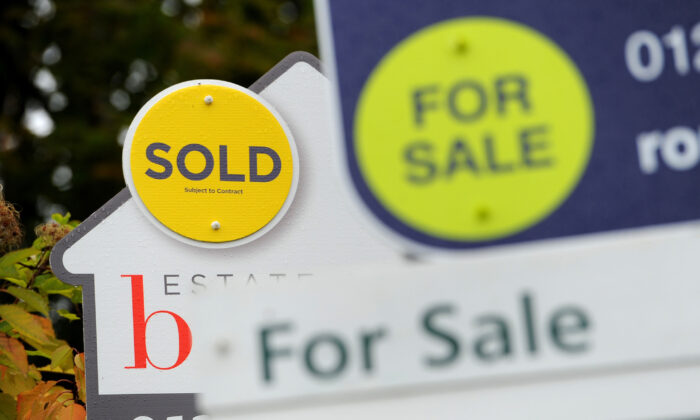 House price growth recorded a surprising bounceback in August as the average property value increased by nearly £5,000 ($6,878) in the space of a month.

Property values were up by 2.1 percent month-on-month in percentage terms, marking the second-biggest gain over the past 15 years.

A 2.3 percent monthly rise was previously recorded in April this year.

Robert Gardner, Nationwide’s chief economist, said house prices are now around 13 percent higher than at the start of the coronavirus pandemic.

He said, “The bounceback in August is surprising.”

He said it had seemed more likely that the tapering of the stamp duty holiday in England and Northern Ireland from July would have taken some of the heat out of the market.

Gardner continued, “Lack of supply is also likely to be a key factor behind August’s price increase, with estate agents reporting low numbers of properties on their books.”

Looking ahead, he said: “Underlying demand is likely to soften around the turn of the year if unemployment rises, as most analysts expect, when government support schemes wind down.

“But even this is far from assured. The labour market has remained remarkably resilient to date and, even if it does weaken, there is scope for shifts in housing preferences as a result of the pandemic to continue to support activity for some time yet.”

Mark Harris, chief executive of mortgage broker SPF Private Clients said: “Property prices are rising due to lack of stock, while cheap borrowing rates give borrowers confidence to go after the property of their dreams in the race for space.

“We heard earlier this week from the Bank of England that savings deposits have increased significantly, giving lenders even more ammunition when it comes to offering rock-bottom rates.

“As we head into autumn, we expect more of the same for now. With lenders reducing rates across loan-to-values, and not just for those with the biggest deposits, there are opportunities for first-time buyers and home movers alike.”

Gabriella Dickens, a senior UK economist at Pantheon Macroeconomics, said: “Mortgage rates have fallen sharply in recent weeks and have room to fall further, while high levels of job vacancies suggest that the shake-out in employment in quarter four will be limited and reversed over the following quarters.

“Accordingly, we think that house prices will pick up again in 2022, finishing the year about 4 percent higher than at the end of 2021.”

Martin Beck, senior economic adviser to the EY Item Club, said: “Buyers lining up transactions and seeking to benefit from a lower tax bill before the October (stamp duty holiday) deadline may have supported demand and prices in August.

“Other factors also played a role in August’s rise in prices, and these are likely to persist for the foreseeable future.

“Consumer confidence has remained high and buyers have continued to benefit from ultra-low mortgage rates.

“Meanwhile, the pandemic has had what will likely be long-lasting effects on property preferences, including raising demand for larger homes in a world of more home working.

“Combined with the fuel for property deposits provided by the substantial savings accumulated by some households during lockdowns, there are plenty of props supporting the housing market.”

He added, “The odds of a significant downturn in house prices anytime soon looks small.”