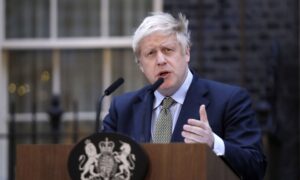 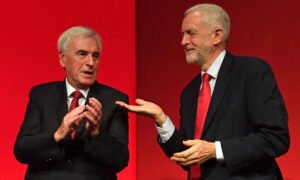 Learning from Failure, Failure to Learn: The Collapse of Britain’s Labour Party
0 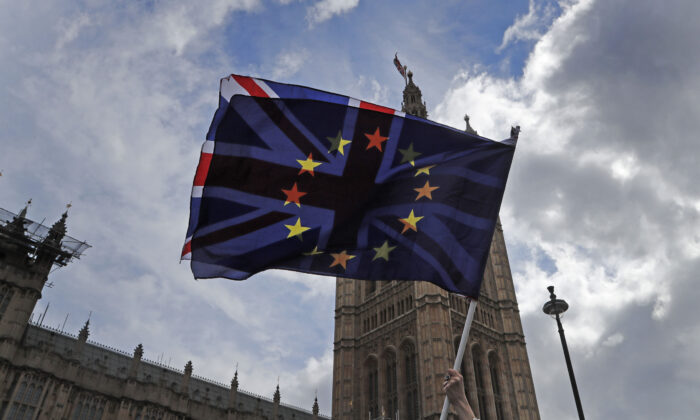 A pro-EU protester waves flags opposite the House of Parliament in London on April 4, 2019. (Frank Augstein/AP Photo)
Viewpoints

On Jan. 31, 2020, the United Kingdom will be divorced from Europe. After four years since the UK national referendum on leaving the European Union (E.U.) passed, Brexit will finally become a reality this week. But don’t think it’s all over, because it’s not.

Will the UK Maintain E.U. Trade Rules and Standards?

The crux of the whole Brexit movement is “What does Brexit really mean in practical terms?” Even a glance at the situation shows just how complex the answer to that question is.

For example, will post-Brexit UK continue to adhere to E.U. manufacturing, environmental, and labor specifications? The intent to do so is there, but with major caveats.

That’s a critical issue for the UK, because all of British manufacturing, from cars to aviation parts and components, to chemical products and more follow E.U. manufacturing rules and guidelines.

Take the British aviation industry, for example. Everything it makes, from engines to navigation units to wings and landing gear, are made to the specifications determined by the European Aviation Safety Authority (EASA). Furthermore, about 80 percent of those products are exported, many to EU countries.

There’s no compelling reason to not follow the EASA rules for manufacturing aviation products, so that’s likely to remain unchanged. Similar logic applies to other British industries that sell to the E.U. For much of British industry that does significant business with the E.U., there’s limited upsides to ditching E.U. standards.

Not Just How It’s Made, But Where

The German car company BMW, which owns the formerly British Mini Cooper, is a good example. The dilemma is that much of the Mini is still made in the UK, but the back and forth manufacturing process between Germany and the UK could make it difficult to qualify as an E.U.-made car.

The fear across the British manufacturing spectrum is that the E.U. rules of origin may force UK supply chains to relocate to the E.U. in order to qualify as an E.U. product. That could quickly hollow out UK manufacturing, which would be disastrous to the British economy.

This Brexit dilemma applies to customs as well. Major British industrial firms have the deep pockets necessary to handle the demands of filing the multiple layers of the paperwork required by the E.U. for imported goods.

But for the tens of thousands of British small businesses who rely on selling to the E.U., the legal costs of filing additional E.U. paperwork every time they export to the E.U. will add costs, lowering their margins and potentially putting some out of business.

A Conflict of Two Negotiation Styles

Of course, there are many more hurdles in Brexit than we can talk about here. But what’s very telling is the conflicting ways in which the Brits and the E.U. prefer to negotiate.

The UK wants to compartmentalize trade issues with the E.U. on an industry basis rather than establishing an overarching agreement covering everything at once. Perhaps taking a page from the Donald Trump negotiation playbook, the UK hopes to gain the maximum benefit based on a series of siloed agreements. They must do so, otherwise, other than eliminating the free movement of people into Britain from Europe, there’s really no point in Brexit.

From the E.U.’s perspective, they would like to have a comprehensive agreement with the UK. The E.U. prefers wide-ranging rules that apply to virtually every aspect of trade, from the sale of goods and services to manufacturing, customs and content rules, and even to fishing rights. In other words, the E.U. wants to treat Britain as if it were still subject to the dictates of Brussels.

That’s a huge gap to bridge between the two, but shouldn’t surprise anyone. From the UK’s viewpoint, they’re hoping to leverage the fact that by next week they’ll be free to negotiate with the E.U. with their own legal authority, no longer beholden to Brussels. Britain needs the flexibility to make more lucrative deals to make up for across the board trade losses due to leaving the E.U.

On the other hand, Brussels believes that it holds the ultimate leverage over the UK: the large European market. The E.U. negotiators will seek to undercut the UK’s advantage as free agent by holding access to the European market as a bargaining chip. But there are also several other stratagems being leveraged by both sides.

For example, the E.U. is playing the China card to push Britain into more advantageous trade deals. At its core the plan is simple: The E.U. may threaten to replace the UK with China in some trade areas. How effective that will be remains to be seen. The United States also wants Britain to loosen its food standards and open up its National Health Service to U.S. competition, neither of which the UK is prepared to do.

There are several geopolitical and strategic angles to the U.S.–UK relationship, just as there are in the U.S.–E.U. relationship and NATO. But in particular, the UK’s intent to use Huawei network equipment for its transition to 5G infrastructure is a major national security issue for the United States, and per the United States, would endanger any potential post-Brexit trade deals. A weak or delayed trade deal with the United States would put Britain in a weaker negotiating position with the E.U.

The UK must carefully manage these competing relationships. It can’t afford not to cut a favorable deal with the United States, nor does it want to put trade relations with China at risk. All the while, it must cut the best deal possible with the E.U.

Of course, there’s the possibility that Britain’s announced intentions of using Huawei 5G is really a bargaining chip to use in negotiating a better trade deal with the United States. London is well aware of President Donald Trump’s desire to expand bilateral trade with the UK with a “massive deal” to make up for lost trade with China and re-align long-term trading relationships.

If a trade deal with the United States is big enough, the UK would likely be on board with minimizing its relationships with China. That doesn’t mean there wouldn’t be at least short-term pain in lost jobs and new competition from the United States, but in the big picture, the Brexit decision may, in fact, be the key factor in re-directing global trade relationships back to the West.