The British government has taken over the operations of a “squalid” prison after inspectors found fearful staff members locking themselves in offices as growing violence among inmates was carried out with “near impunity.”

Birmingham prison, which was hit by rioting two years ago, had been run by G4S Security Group, the world’s largest security company.

The Ministry of Justice said Aug. 20 it would take over the prison for an initial six-month period, after an inspection found blood, urine, vomit, and feces left in cells, showers, and corridors, as well as staff members asleep during lockup periods.

Inspectors to the prison noted feeling physically affected by the drugs in the atmosphere.

“When inspectors, at one point, raised the fact that drugs were clearly being smoked on a wing, the response from staff was to shrug,” wrote Peter Clarke, chief inspector of prisons for England and Wales, in a letter to the justice secretary.

The inspection found almost all of the windows in the older wings of the Victorian prison building had been smashed, and observation panels in cell doors were frequently smashed and subsequently covered by prisoners.

Prisoners said that they didn’t feel safe even in their locked cells, with urine squirted through broken observation panels. The report also described one incident of an inmate with a personal odor problem being sprayed with a fire hose by other inmates through the observation panel.

Staff was fearful of challenging prisoners, following a series of attacks and threats on staff, including an arson attack in a secure car park that destroyed nine staff vehicles, including two belonging to inspectors.

Clarke said he hadn’t seen anything like the conditions in the prison before.

“Think of squalor, filth, the air hanging heavy with the smell of drugs, the dilapidated physical environment, a sense of great instability, the feeling that at any time violence could break out,” he told BBC Radio. “Put all that together, and what you have is a sense of an establishment that could not possibly fulfill any of the objectives of imprisonment.”

Across England and Wales, there are 123 prison establishments, including youth-offender institutes and other detention centers; 17 of them are run by private companies.

The Ministry of Justice said that in general contracted prisons are among the best performing across the prison estate.

Jerry Petherick, managing director of G4S Custody & Detention Services, said in a statement, “The well-being and safety of prisoners and prison staff is our key priority and we welcome the six-month step-in and the opportunity to work with the Ministry of Justice to urgently address the issues faced at the prison,”

“What we have seen at Birmingham is unacceptable and it has become clear that drastic action is required to bring about the improvements we require,” said Prisons Minister Rory Stewart.

The government said it would put in place a new governor, more staff, and move about 300 prisoners to other sites. 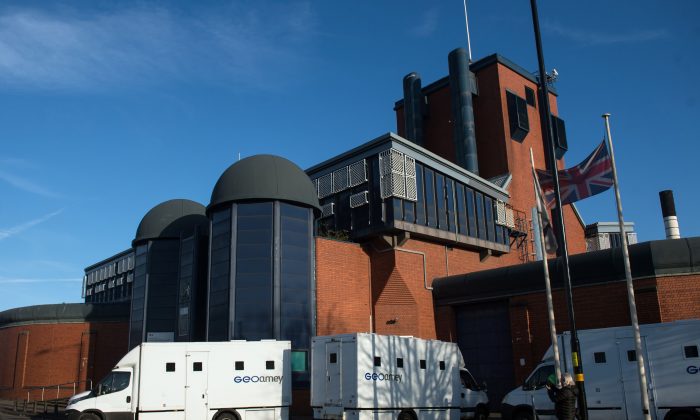