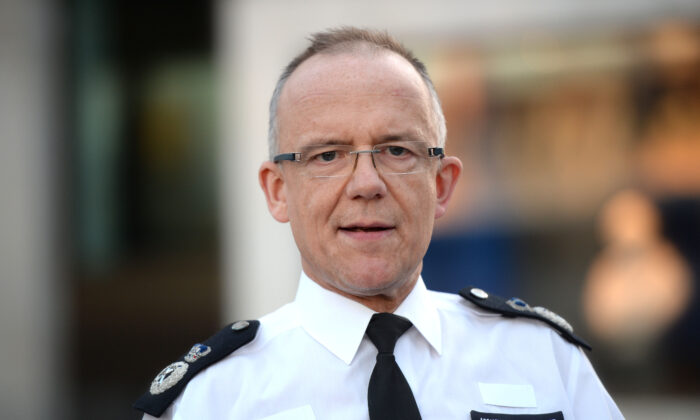 The co-author of a review into the UK’s counter-terrorism strategies says he has heard nothing back on its recommendations from ministers eight months after its report was delivered.

Former head of Britain’s anti-terror policing Sir Mark Rowley conducted the review along with the Commission for Countering Extremism (CCE).

In February, the review found new laws were needed to stop extremist groups from “operating with impunity.”

It said extremists were exploiting gaps between existing hate crime and terrorism legislation, and that terrorists including the London Bridge attack ringleader could have been arrested earlier had tighter laws been in place.

But as counter-terror police continue to investigate Friday’s killing of MP Sir David Amess, Rowley has told the Independent that ministers have not provided a response to the review.

“I have had no feedback from the Home Office on their plans in relation to our report on the absence of a coherent legal framework to tackle hateful extremism,” Rowley, who retired as the head of UK counter-terrorism policing in 2018, told the paper.

“It remains legal in some circumstances intentionally to stir up race or religious hatred or to glorify terrorism. These are dangerous loopholes highlighted in our report that continue to be exploited by hateful extremists.”

The Independent reported that the CCE—set up by former Prime Minister Theresa May after the Manchester Arena attack—has repeatedly warned that more needs to be done to tackle terrorism threats facing the UK, including closing legal loopholes that allow those who inspired terrorists to go free.

But, the paper said, ministers have not formally responded to any CCE reports released since 2019 and no suggested measures have been enacted, despite warnings that security threats would worsen until the government stepped up its response.

Figen Murray, whose son, Martyn Hett, was killed in the Manchester attack, referred to the Manchester Arena inquiry’s report which warned “doing nothing is not an option” in regard to extremism in telling the paper there had been many opportunities for lessons to be learnt on countering terrorism.

“Violent extremism continues to threaten communities and with attacks on Manchester Arena, in London, the Reading attack, to mention but a few, there have been ample opportunities to learn lessons and establish what needs to be done,” she said.

The Independent also quoted Brendan Cox, widower of murdered Labour MP Jo Cox, as saying before Amess’s death that “it seems bizarre not to have acted on—or at least responded to—the recommendations made [by the CCE]. There’s nothing more important than protecting the public.”