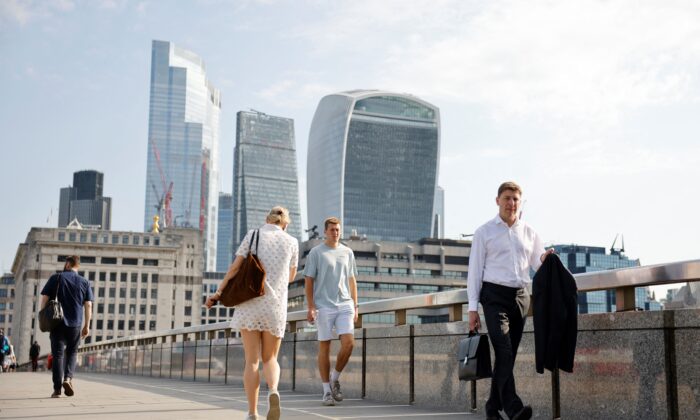 The British government has hailed its COVID-19 job retention scheme as a “huge success” as it is due to close at the end of Thursday.

The £70 billion ($94 billion) Coronavirus Job Retention Scheme, commonly known as furlough, has supported 11.6 million UK workers over the past 18 months.

On the last day of the scheme, Chief Secretary to the Treasury Simon Clarke said it was “a real milestone” in the UK’s journey out of the CCP (Chinese Communist Party) virus pandemic.

“It’s been a huge success in meaning this awful situation hasn’t cost millions of jobs which would have been the central estimate when this all began,” Clarke told Sky News. “We think 2 million fewer people are unemployed as a result of furlough having been in place than would have otherwise been the case.”

“This is a moment when we can start to re-normalise the economy and ease the enormous burden on the taxpayer which has been caused by this pandemic, and actually look ahead now to a much brighter future—the employment situation is really strong.”

The furlough scheme was launched in spring 2020 to avoid mass unemployment as a result of the COVID-19 lockdown. It initially paid 80 percent of the workers’ usual wages, but in the last two months, it paid 60 percent, with employers contributing 20 percent.

“The scheme’s continued existence throughout the crisis prevented catastrophic increases in unemployment,” it said. “This was the worst recession for 300 years and yet the unemployment rate peaked at just 5.2 percent, the smallest rise in any recession in living memory.”

According to the latest Office for National Statistics (ONS) estimates, almost 1 million workers are still receiving support through the scheme at the end of September.

Clarke acknowledged that “there will be some job losses” as a result of the end of the scheme, saying: “There’s never an easy moment to end these measures.”

“People’s jobs will be created just as some have very sadly been lost, that is part of the process of ending this crisis and going back to normal,” he said.

The end of the furlough comes amid record UK vacancy figures, with the latest ONS data for August reporting more than 1 million available jobs for the first time on record.

There have also been significant hiring sprees amid labour shortages for HGV drivers, warehouse staff, and food production workers.