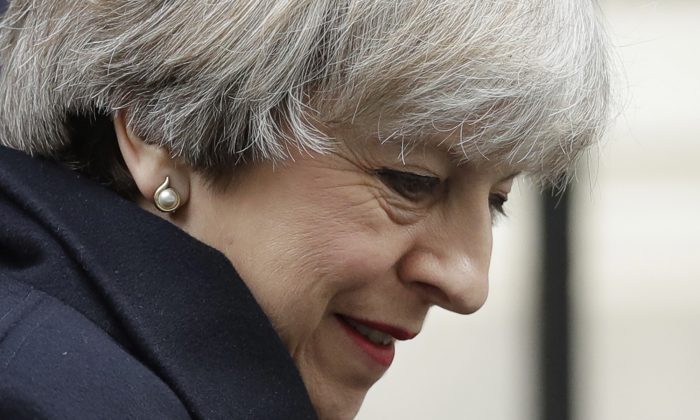 LONDON—The British government was expected to suffer a parliamentary defeat Wednesday over the right of European Union citizens to stay in the U.K. after Brexit.

The House of Lords was due to vote on an amendment that inserts a promise to protect EU nationals’ status into a bill authorizing the government to begin exit talks with the bloc.

The promise may not prove binding on the government. If the Lords amends the bill, it will have to go back to the House of Commons, where there is a good chance the amendment would be overturned.

By leaving the EU, Britain will be withdrawing from the bloc’s policy of free movement, which allows citizens of the bloc’s 28 member states to live and work in any of the others. That leaves 3 million EU nationals in Britain, and 1 million Britons in other member countries, uncertain whether they will be able to stay in their jobs and homes once Britain reasserts control over EU immigration.

The government has said repeatedly that it plans to guarantee the right of EU citizens to remain in Britain, as long as U.K. nationals living elsewhere in the bloc get the same right. Critics accuse the government of treating people as bargaining chips in the divorce negotiations.

The amendment commits the government to guaranteeing that EU citizens living legally in Britain when the bill is passed “continue to be treated in the same way with regards to their EU-derived rights.”

The Labour Party’s Brexit spokeswoman in the Lords, Dianne Hayter, moved the amendment, saying “you can’t do negotiations with people’s futures.”

“They’re too precious to be used as bargaining chips,” she said.

The Conservative government does not have a majority in the House of Lords, and the amendment is backed by the main opposition parties, all but guaranteeing it will pass.

Prime Minister Theresa May plans to trigger Article 50 of the EU’s key treaty, starting two years of exit negotiations, by March 31. But she can’t do that until Parliament passes legislation sanctioning the move.

If the Lords send the bill back to the Commons, the back-and-forth could delay passage of the legislation and potentially threaten May’s timetable for starting EU exit talks.