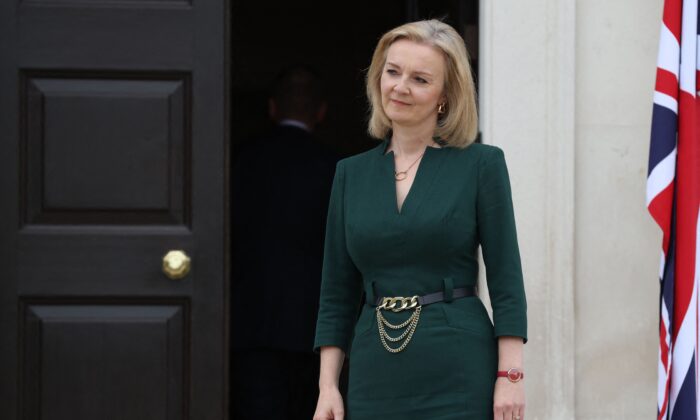 The UK’s Foreign Secretary Liz Truss has picked up another major portfolio as the new Brexit minister, months after she took over the Foreign Office.

Truss was given the new job after former Brexit Minister David Frost resigned on Sunday evening, citing disagreements with the government’s stance on lockdown restrictions, taxation, and regulation.

“She will become the UK’s co-chair of the Partnership Council and the Joint Committee, and will lead the ongoing negotiations to resolve the problems arising from the current operation of the Northern Ireland Protocol,” Downing Street said in a statement.

In a Twitter post on Sunday, the European Commission’s Maros Sefcovic said he took note of the appointment, and will “continue to cooperate with the UK in the same constructive spirit on all important tasks ahead, including the Protocol on Ireland/Northern Ireland.”

Truss said she was “pleased” to take on the new responsibility and was looking forward to speaking with Sefcovic on Tuesday.

“I want a comprehensive solution that delivers for the people of Northern Ireland and everyone across our great country,” she wrote on Twitter on Monday.

The Northern Ireland Protocol was agreed as part of the Brexit deal to avoid a hard border between the Republic of Ireland and Northern Ireland, which may undermine the Good Friday Agreement, but it has created a de facto border in the Irish Sea.

The European Commission on Friday proposed changing its own laws to ensure the free flow of medicines between Great Britain and Northern Ireland, but wider protocol-related issues are yet to be resolved, including the British demand to remove the European Court of Justice’s role to police the protocol.

With talks expected to resume in January, European Commission spokesman Eric Mamer said on Monday that the EU’s position does not change.

“Obviously, our position on substance, when it comes to the discussions that we have with the United Kingdom, in particular on the protocol, do not change depending on who is holding the position on the UK side,” Mamer said.

Northern Ireland’s deputy First Minister Michelle O’Neill told the BBC’s “Sunday Politics” programme that she’s concerned businesses are “left high and dry in terms of uncertainty because of the Brexit mess” after Frost’s departure, and his replacement will “need to find solutions, work with the EU, make the protocol work, and provide that certainty and stability that is desperately required.”