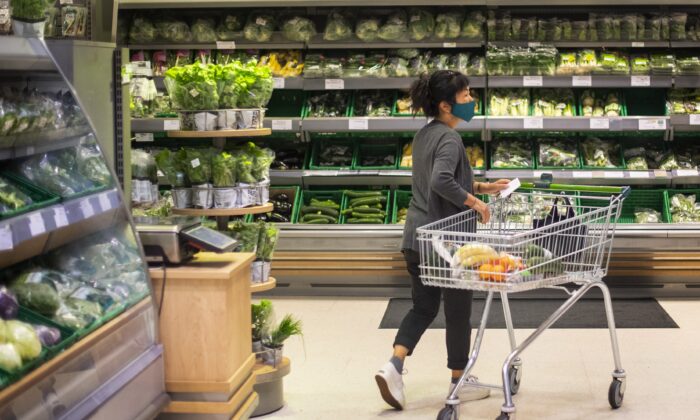 Food prices in Britain are rising at near-record levels as the cost-of-living crisis bites, according to new data.

Kantar said inflation in February was 4.3 percent, with prices rising fastest for savoury snacks, fresh beef, and cat food, while the cost of bacon, beer, lager, and spirits fell.

Sales in the 12 weeks to February 20 were down 3.7 percent compared with the same period a year ago but the data research group said this was mainly due to tough comparisons with 2021, when the country was in lockdown.

Supermarket sales remain 8.4 percent above pre-pandemic levels, Kantar added, despite a shift towards eating out again, and there was growth in on-the-go eating as staff returned to offices.

Fraser McKevitt, head of retail and consumer insight at Kantar, said: “Apart from the start of the pandemic, when we saw grocers cut promotional deals to maintain availability, this is the fastest rate of inflation we’ve recorded since September 2013.

“Added to this, ongoing supply chain pressures and the potential impact of the conflict in Ukraine are set to continue pushing up prices paid by consumers.

“In terms of understanding how shoppers are responding, it’s a complex picture for the market this month.

“Households spent on average £26.07 less at supermarkets in February and own-label sales did better than brands for the first time in three months.”

He added: “It’s important to flag that the drop in monthly spending isn’t all down to savvy budgeting.

“With the formal end to Covid restrictions in England, more of us are now eating on the go, buying sandwiches, salads and snacks on our lunch breaks, and enjoying meals out with friends and family. That means we’re buying less food and drink to have at home.”

Discount supermarkets, including Aldi and Lidl, enjoyed some of the strongest growth—iƒn part due to not having online services and benefiting from shoppers returning to stores with greater confidence.

Around 1.3 million more customers went to Aldi and an extra million to Lidl compared with 2021, Kantar added.

By comparison, 835,000 fewer shoppers bought groceries online in the past four weeks, with digital sales now accounting for 13.3 percent of all grocery spending—a fall of 2.1 percentage points.

The decline could have been greater but Storms Dudley and Eunice in the past month had a significant impact on shoppers going out, with nearly seven million fewer shopping trips during the week ending February 20.

Tesco extended its reach as the UK’s biggest supermarket, increasing market share from 27.4 percent to 27.7 percent over the period.

Sainsbury’s, Asda, Morrisons, Co-op and Iceland all lost market share and sales compared with a year ago, while Aldi and Lidl enjoyed the strongest growth, with both seeing sales up 3.3 percent in the 12 weeks to February 20 compared with the same period in 2021.