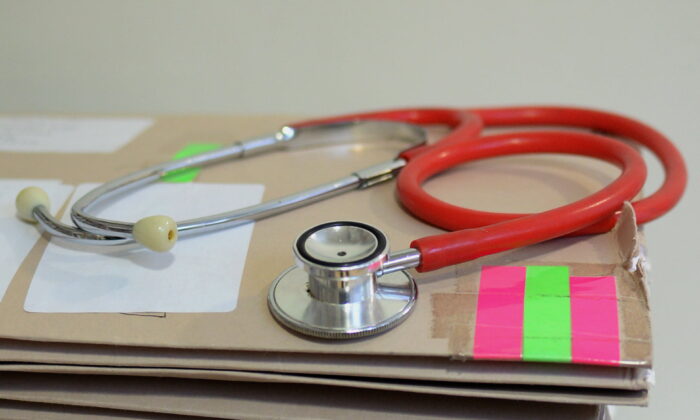 General practitioners (GPs) in the UK are under tremendous pressure as they have to support a record number of patients who are stuck on the NHS waiting list for specialist care, MPs heard on Tuesday.

During an oral evidence session of Parliament’s Health and Social Care Committee, a GP said she has to support patients on the NHS waiting list, including one during a 63-week wait to see a gastroenterologist.

“And what are all those patients doing? Well, we’re holding them, we’re taking the risk, we’re trying to support them through that,” Dr. Kate Fallon, a GP at Somerton House Surgery in Somerset, said.

“It’s not just gastroenterology, but that’s the worst example.”

The time-consuming task is creating a bottleneck that left GPs with “two to three minutes” to deal with each health issue,  according to Professor Martin Marshall, chair of the Royal College of General Practitioners (RCGP).

“So you got a complex problem and you’ve got two or three minutes to deal with it in a consultation. It doesn’t work,” he said.

Marshall said he knows “a number of GPs” who are “just constantly worried that they’re going to make a prescribing error or a diagnostic error.”

A record number of people are waiting for hospital care in England after being referred for specialist care by their GP—some 6.1 million people in England alone.

The situation is unlikely to get better soon. As diagnoses and elective treatments were delayed during the CCP (Chinese Communist Party) virus pandemic, it will take the NHS years to clear the backlog.

According to the NHS’s delivery plan for tackling the COVID-19 backlog of elective care (pdf) published in February, the NHS set out its “ambitions” including cutting waiting time for elective care to under two years by July 2022,  under 18 months by April 2023, under 65 weeks by March 2024, and under a year by 2025.

Apart from the increased workload for GPs, Marshall told MPs the sector can also expect a staffing crisis.

He told MPs that a poll by the RCGP found that 34 percent of GPs said that they plan to retire in the next five years.

“So we’re likely to be losing more GPs than we’re recruiting and that is a massive crisis.”

He called for a larger workforce, different GP practices, and “changing the nature of demand” by helping patients understand when they can self-care or seek help from a pharmacist.

“One in five GPs has been the butt of abuse as a result of the recent campaign against general practice,” he told MPs.

“Dialling down the rhetoric against general practice is really important if you want to retain and recruit GPs,” he said.

Sharrock said the public needs to be informed of what GPs are delivering now instead of what it should be delivering.

“Clearly a 10 or 20-year plan is needed for that, including a workforce plan, but at the moment we can’t provide the care to the level we want to,” he said.

“We need the government to support us and say: ‘This is what your GP can do at the moment because of the rise in demand, the huge backlog, and the loss of staff.'”

“That might actually make the profession feel supported. I have a member of my staff who burst into tears after having abuse from a patient and we have to have zero tolerance of that.”