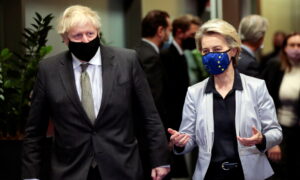 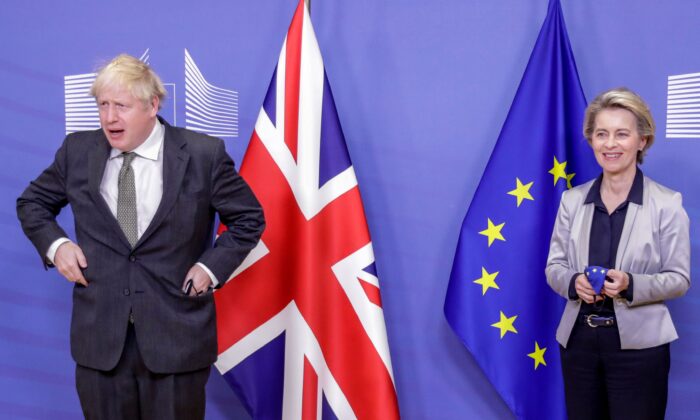 Britain and the European Union reiterated their commitment on Monday to trying to reach a deal on post-Brexit trade relations, after leaders of both sides agreed over the weekend to “go the extra mile” during the little time that remains before the Brexit transition period ends on Dec. 31.

In London, UK Business Secretary Alok Sharma said Britain would not walk away from the talks.

Fair competition, and a sustainable solution for our fishermen and women, are key to reaching a deal. [2/2]

“Obviously there are a number of areas where we still need to make quite significant progress. But as the prime minister said, we need to make sure that we go the extra mile, it’s what businesses want, it’s what people in our country want, and that is precisely what we’re doing. We’re not going to be walking away from these talks,” he told the BBC’s Breakfast programme.

“I think the fact that we are continuing to have these discussions shows that, you know, there is an opportunity to try and make some progress. But, of course, you know, it’s difficult in certain areas.”

In Brussels, European Commission spokesman Daniel Ferrie said that, though time is short, the EU is still committed to trying to reach a deal.

“I cannot say what may or may not happen over these days. But what I can say, though, is that we are fully dedicated to trying to reach a deal with the UK,” he told reporters.

Michel Barnier, the EU’s chief Brexit negotiator, said on Monday that “the next few days are important.”

“It is our responsibility to give the talks every chance of success,” he wrote on Twitter. “Never before has such a comprehensive agreement (trade, energy, fisheries, transport, police & judicial cooperation, etc) been negotiated so transparently and in such little time.”

But the sticking points remain, most notably over fishing rights and the fair competition rules needed for a “level playing field.”