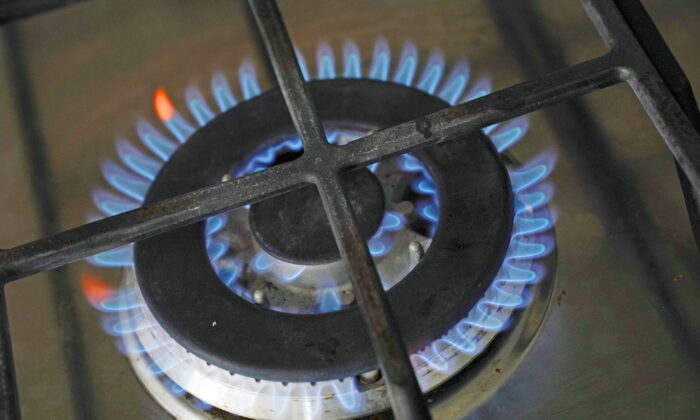 A gas hob in an undated file photo. British households will see the biggest rise in the cost of energy in living memory from April 1, 2022. (Jacob King / PA)
UK

Several British energy websites have crashed as customers rush to submit meter readings before the price jump which is set to take place on April 1.

The websites, including those of energy firms E.ON, Scottish Power, British Gas, and SSE, were affected after experts urged households to submit meter readings to their gas and electricity suppliers on March 31 to show exactly how much energy they have used ahead of the price hike so as to prevent firms from overcharging them.

A message on the British Gas website said it was facing “some technical issues we’re trying to resolve as quickly as possible.”

The main page of EDF Energy was working, but when customers clicked through to the MyAccount page they were unable to log in.

Energy UK, the trade association for the industry, said it was aware that “some suppliers are experiencing issues with their websites due to the volume of customers submitting meter readings.”

“Suppliers do offer alternative ways of doing this such as through automated phone lines and apps so we’d recommend customers try those. Customers with smart meters do not need to worry as their readings are automatically sent to their supplier,” a spokesman said.

British households will see the biggest rise in the cost of energy in living memory from April 1, when UK energy regulator Ofgem is set to increases its price cap drastically as a result of the soaring wholesale energy prices.

Fuel poverty charity National Energy Action warned the cost of heating an average home has now doubled in 18 months, leaving 6.5 million households unable to live in a warm safe home across the UK.

An Ofgem spokeswoman said: “We know this rise will be extremely worrying for many people. The energy market has faced a huge challenge due to the unprecedented increase in global gas prices, a once in a 30-year event, and Ofgem’s role as energy regulator is to ensure that, under the price cap, energy companies can only charge a fair price based on the true cost of supplying electricity and gas.

“Ofgem is working to stabilise the market and over the longer term to diversify our sources of energy which will help protect customers from similar price shocks in the future.”