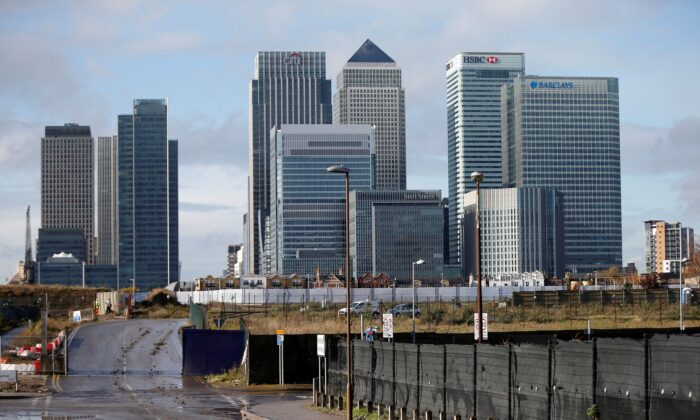 The UK economy contracted unexpectedly in March, as both businesses and households felt the pinch amid rising prices, the latest statistics show.

In an update released on May 12, the Office for National Statistics (ONS) said gross domestic product fell by 0.1 percent month-on-month in March after growth stalled in February.

The data was worse than previously predicted, as experts had expected growth to remain flat in March.

Darren Morgan, ONS director of economic statistics, said there had been drops in both services and production.

The ONS said the economy grew at its slowest pace for a year in the first quarter overall, with growth of 0.8 percent, down from 1.3 percent in the previous three months.

The data shows the impact of soaring inflation on consumer spending, with retail particularly hard hit.

Last week, the Bank of England, Britain’s central bank, raised its key interest rate to 1 percent, the highest level in 13 years, as policymakers scramble to curb soaring inflation that has risen faster than wages and eroded the purchasing power of many households.

The National Institute of Economic and Social Research think tank predicted on May 11 that the UK will fall into recession, forecasting a GDP contraction in the third and fourth quarters.

Rain Newton-Smith, chief economist at the Confederation of British Industry, said: “The economy barely kept its head above the water during a volatile start to the year, but times look set to get that bit tougher.

“Cost pressures and rising prices have tightened their grip, with both businesses and households feeling the pinch. The end result is a weaker economic outlook.”

Chancellor Rishi Sunak said the economy had “recovered quickly from the worst of the pandemic,” but said the recovery is being disrupted by Russia’s invasion of Ukraine and other global challenges.

He told Sky News: “I know these are anxious times, and, unfortunately, because the challenges we face are global in nature, I can’t just make them all disappear.

“But where we can make a difference of course we are, and that’s why we’re investing billions of pounds already to support families and businesses through some of the challenging times ahead.”