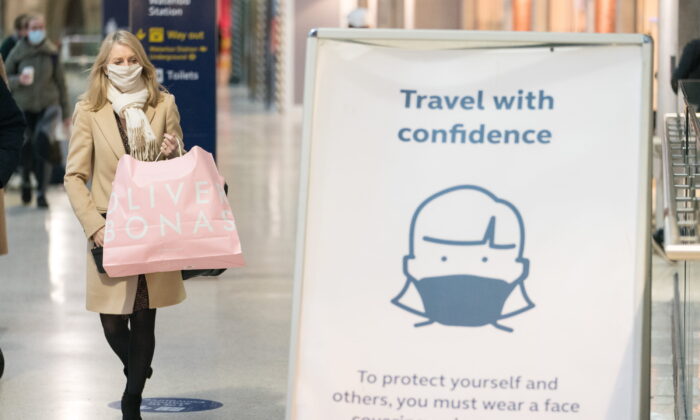 UK Economy Grew by 7.5 percent in 2021 Despite December Omicron Impact

The UK economy rebounded in 2021 as gross domestic product (GDP) grew by 7.5 percent following the easing of pandemic restrictions, according to official figures.

The growth, which exceeded projections by the Bank of England, nevertheless came after a 9.4 percent slump in the economy in 2020.

New data from the Office for National Statistics (ONS) also showed that the economy grew by 1 percent in the final three months of the year, despite the impact of the spread of the Omicron variant of COVID-19.

The economy contracted by 0.2 percent in December as the hospitality and leisure sector felt the brunt of Omicron and related government restrictions.

However, the economy remained at pre-pandemic levels from February 2020.

“However, these were partially offset by increases in the Test and Trace service and vaccination programmes.

“Despite December’s setback, GDP grew robustly across the fourth quarter as a whole, with the NHS, couriers, and employment agencies all helping to support the economy.

“Overall, GDP in December was in line with its level in February 2020, before COVID-19 struck, while in the fourth quarter as a whole, it was slightly below that of quarter four in 2019.”