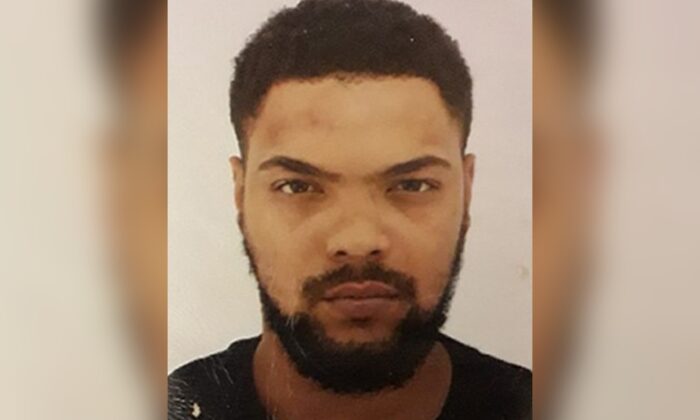 Undated handout photo of Loeike Guei, 23, taken prior to his death in September 2020. (Metropolitan Police)
UK

A killer recruited his 70-year-old mother, his brother, and two friends to move the body of a London drug dealer and set it on fire after he was beaten to death in a row over £40,000 ($49,800) worth of missing cocaine, a court has heard.

Home Office pathologist Dr. Robert Chapman told a trial at the Old Bailey in London on Apr. 28 that he could not confirm a cause of death for 23-year-old Jean Loeike Guei but he said he had suffered “blunt trauma” injuries to the face and head. Chapman said he may have died of a blocked airway as he lay unconscious after being assaulted.

Police were tipped off at around 6 a.m. on Sept. 17, 2020, when a cyclist spotted Guei’s body on fire on Mitcham Common in south London.

The jury has been told Raphael Kokkinos, 34, has admitted the manslaughter of Guei and conspiring to pervert the course of justice.

Guei’s mother was in court and she wept quietly as Chapman gave details of the post-mortem examination he carried out.

He told the jury the body, which was partially decomposed, was badly burnt and also had laceration injuries to the head.

Chapman said there was no evidence Guei had inhaled smoke, which suggested he was dead before the body was set on fire.

He said there was no evidence of “traumatic brain injury” and he was forced to conclude the cause of death was “unascertained.”

Chapman said Guei’s knuckles and wrists were bruised which could have been derived from “throwing punches or from defensive postures.”

Opening the case last week prosecutor William Emlyn-Jones, QC, said Guei was a drug dealer who had entrusted Raphael Kokkinos with £40,000 ($49,800) worth of cocaine but it was stolen from his flat in Streatham during a burglary in August 2020.

Emlyn-Jones claimed Thomas immediately fled the flat and Raphael Kokkinos recruited his mother and the other three to help him dispose of the body, Guei’s car, and his mobile phone.

He said they took the body of Guei—who was six feet two inches tall and weighed 18 stone (252 lbs)—to Mitcham Common in the middle of the night and set it on fire and he added: “They even, perhaps as a final humiliation, partially stripped Mr. Guei so that when he was found dead, and on fire, his underpants were pulled down around his thighs.”