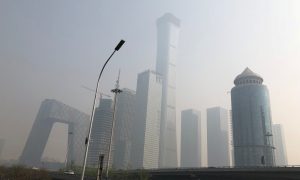 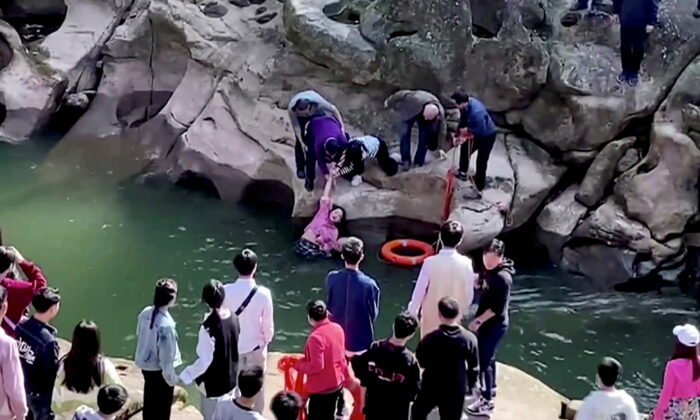 A British diplomat has been hailed as a “hero” after he jumped into a river in southwest China to save a drowning student.

Stephen Ellison, 61, the UK’s new consul-general in Chongqing, was walking by a river at a scenic spot in the municipality when a female student fell into the river by accident.

A mobile phone video showed the woman disappear under a footbridge and emerge face down, apparently unconscious.

As onlookers screamed in panic, Ellison took off his shoes, dived into the water, and swam towards the woman.

A lifebelt is then tossed into the river, enabling people on the bank to drag Ellison and the student to safety.

Videos of the rescue were widely circulated on the internet, and attracted considerable media attention.

Chinese internet users praised Ellison for his action, thanking him for his “kindness” and hailing him as a “hero”.

“We are all immensely proud of our Chongqing Consul General, Stephen Ellison, who dived into a river on Saturday to rescue a drowning student and swim her to safety,” the British embassy in Beijing wrote on Twitter on Monday.

British Foreign Secretary Dominic Raab said he was also “very proud” of what Ellison had done. “His bravery and commitment demonstrates the very best of British diplomats around the world,” he wrote on Twitter.

The woman Ellison saved is a 24-year-old student from Wuhan who is studying at a university in Chongqing. According to Chinese media reports, she was “extremely grateful” and had invited the diplomat to dinner with her family.

Ellison, who has just assumed his post in Chongqing, made a self-introduction in Mandarin in a video posted on the Chongqing consulate-general’s page on Weibo, a Twitter-like social media platform in China.

He said he had lived in China for nine years, first as a consultant in an engineering firm in Shanghai and then as a diplomat in Beijing.

Trained as a civil engineer, he was involved in the construction of the Severn Bridge between England and Wales, the Johor–Singapore Causeway between Singapore and Malaysia, and the Hong Kong–Zhuhai–Macau Bridge.

He likes sports and has been a lifelong fan of Newcastle United. Last year he took part in the Beijing International Triathlon and won the first place in his age group.