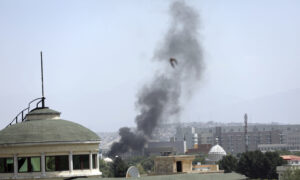 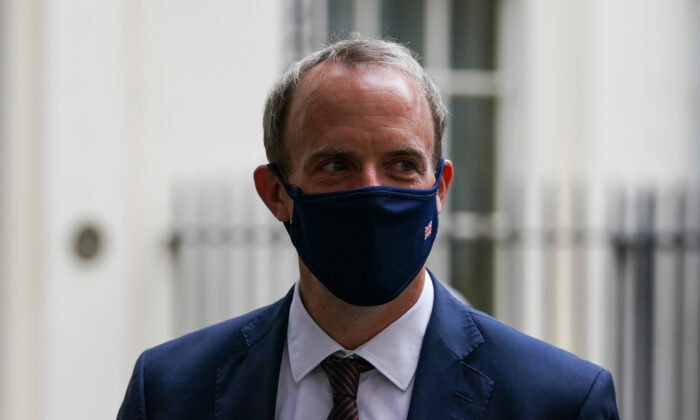 Foreign Secretary Dominic Raab has admitted the UK government did not see the Taliban takeover of Afghanistan coming, adding it will have to engage with them in the future in order to hold them to account for their actions.

Raab said several nations were “caught off-guard” by the quick and hostile nature of the militant group’s takeover, which has prompted Afghans to flee the country.

He added British intelligence had been tracking what was happening on the ground in Afghanistan “very carefully” after the United States decided to reduce its troops in the country.

Speaking to Sky News, Raab said: “The truth is, across the world, people were caught by surprise. I haven’t spoken to an international interlocutor, including countries in the region over the last week, who hasn’t been surprised.

“We saw a very swift change in the dynamics, and of course this has been part and parcel of the withdrawal of Western troops, but it has also been the way and the approach of the Taliban.

“Of course it’s been a test for the Afghan security forces. All of those factors have been very fluid. But no one saw this coming. Of course we would have taken action if we had.”

He defended his decision to return from his holiday when he did, adding he arrived back in the UK “as soon as the situation deteriorated and demanded it.”

In another interview with “BBC Breakfast” on Tuesday, Raab said Britain believed the Taliban would attempt to move in the autumn and in a more gradual manner.

Asked if he would sit down with his counterpart in a Taliban government, the foreign secretary said it would not happen “for the foreseeable future” but added there has always been some form of communication between Britain and the terrorist group.

He told “BBC Breakfast:” “We’ve always had dialogue of some sort, either indirectly through third parties, or through the Taliban’s political commission in Doha.

“It is important to be able to engage at least in some shape or form to test and to exert as much influence as we credibly, realistically can, and also to try and hold the Taliban to account to the new commitments they made.”

Shadow minister for Asia and the Pacific Stephen Kinnock said the approach of withdrawing troops from Afghanistan has been “catastrophically mishandled,” noting the “shambolic scenes” from Kabul airport on Monday, which saw people clinging to aeroplanes as they attempted to take off.

“This is an utter failure of the execution of the strategy and the prime minister has really serious questions to answer,” he told Sky News.

“It seems to me it’s absolutely extraordinary that they didn’t have this scenario in mind. There seemed to be a kind of hyper-optimistic scenario whereby the Afghan army would resist the march of the Taliban, and that clearly has not happened.”

Around 900 armed forces personnel are in Afghanistan helping to bring UK nationals home and secure the safety of selected Afghans.

A further 350 British and Afghans will be taken out of the country in the next 24 hours.

The prime minister is expected to announce a “bespoke” resettlement scheme to allow fleeing Afghans to set up home in the UK shortly.

The Telegraph reported the concept could be similar to that used to take in Syrian refugees in 2015, which saw women with children, people with serious medical conditions, and survivors of torture prioritised.

Raab said on Tuesday he was unable to confirm how many refugees would be coming to the UK from Afghanistan but added it was “right” to consider a bespoke process for Afghan nationals.