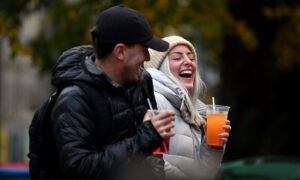 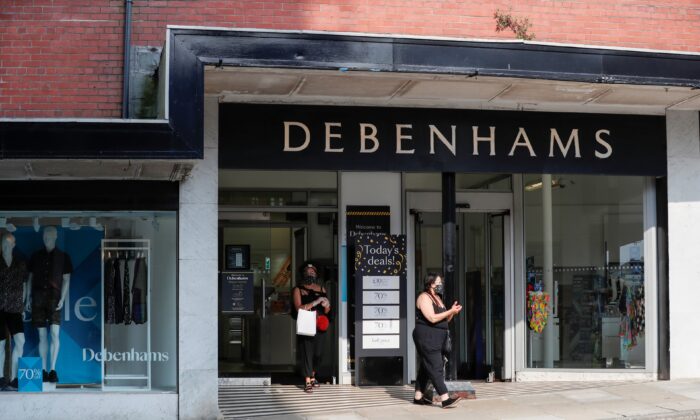 A Debenhams store is pictured, following the outbreak of the coronavirus disease (COVID-19) in Harrogate, Britain, on Aug. 11, 2020. (Lee Smith/Reuters)
UK

British department store group Debenhams is to be liquidated with the potential loss of 12,000 jobs, its administrators said on Tuesday.

In a statement emailed to The Epoch Times, FRP Advisory said Debenhams would be wound down after it failed to find a buyer partly due to market uncertainties caused by the CCP virus pandemic.

“Given the current trading environment and the likely prolonged effects of the COVID-19 pandemic, the outlook for a restructured operation is highly uncertain,” said FRP Advisory.

“The administrators have therefore regretfully concluded that they should commence a wind-down of Debenhams UK, whilst continuing to seek offers for all or parts of the business.”

The group’s 124 UK stores and its online business will continue trading to clear its stocks. “On conclusion of this process, if no alternative offers have been received, the UK operations will close,” said the administrator.

Debenhams’ Danish business Magasin du Nord is not affected by this process and will continue to operate independently.

For years, Britain’s brick-and-mortar retailers have been struggling to fend off challenges posed by the growth of online retail.

BHS went bust in 2016, House of Fraser was bought out of administration in 2018 by Mike Ashley’s Sports Direct, and even John Lewis has seen profits crash.

The COVID-19 pandemic, which was caused by the CCP (Chinese Communist Party) virus, has exacerbated the already dire situation on high streets across the country.

Non-essential shops were ordered to close in England as the government imposed a second national lockdown earlier this month. The lockdown is set to end on Dec. 2, but different regions will still be subject to varying levels of local restrictions.

Shops in the other parts of the UK—Scotland, Wales, and Northern Ireland—have also been affected by regional restrictions adopted by their respective local authorities.

The lockdown measures have hit business confidence. One in seven businesses in the UK have no or low confidence that they will survive the next three months, according to the latest official survey data released by the Office for National Statistics earlier this month.