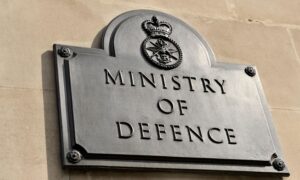 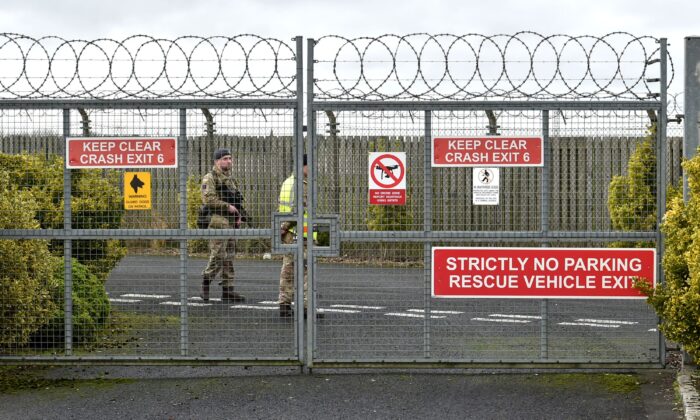 A UK Ministry of Defence site in an unspecified location and undated photo. (PA)
UK

UK Defence Ministry Spends Twice as Much on Land as on Nuclear Deterrent: Report

Britain’s Ministry of Defence (MoD) spends twice as much on its estate as it does on the UK’s nuclear deterrent, a parliamentary committee revealed in its latest report, in which it slammed the ministry’s “disastrous lack of estate strategy.”

In 2019–20, the MoD spent £4.6 billion ($6.3 billion) on the UK’s “defence estate,” around twice the annual cost of maintaining the country’s nuclear deterrent, according to a report published on Tuesday by the Public Accounts Committee of the House of Commons.

The defence estate includes the MoD’s training and accommodation buildings and facilities, covers 1.5 percent of the UK landmass, and is valued at £36 billion ($49 billion).

Sir Geoffrey Clifton-Brown, deputy chair of the committee, said, “Our report indicates that there is a disastrous lack of estate strategy within the MoD which is taking an unnecessarily large amount of resources from the front line, and not even delivering decent housing for defence personnel who are obliged to occupy it.”

He said the MoD does not even know “exactly what it spent £4.6 billion of taxpayers’ money on last year—or what it should be spending it on.”

“Over the last decade targets have been set and then missed by miles,” he said, adding that it will take another four years to even establish an asset register on standards of condition of all the property that the MoD occupies.

The committee said the defence estate is “vital in supporting military capabilities and its condition affects the lives and welfare of our service personnel,” but around 40 percent of it was built more than 50 years ago and 30 percent is in an “unacceptable condition.”

The Armed Forces Continuous Attitude Survey conducted in May 2021 revealed that only 34 percent of service personnel are satisfied with their accommodation.

The report said the defence estate is “too large, and its scale, nature, and location have failed to evolve to meet the Armed Forces’ needs.”

The MoD has “not tackled the long-known problems with the poor quality of its estate, which continue to harm the well-being of service personnel,” the committee said.

In 2016, the MoD set up a 25-year Defence Estate Optimisation Portfolio investment strategy with the expectation that it would reduce the size of the built estate by 25 percent, and that other sales would reduce it by a further 5 percent.

However, according to the report, since then it has reduced its built estate by just 2 percent and even if it achieves all planned disposals, the estate would be reduced by just 16 percent in total.

The MoD said it recognises “the need to continually improve the defence estate,” and is investing at least £5 billion ($6.8 billion) over the next decade to modernise the estate.

“Over 97 percent of UK service family accommodation meets or exceeds the Decent Homes Standard, with no properties allocated below that standard,” said an MoD spokesperson.