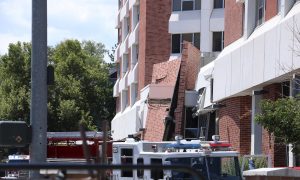 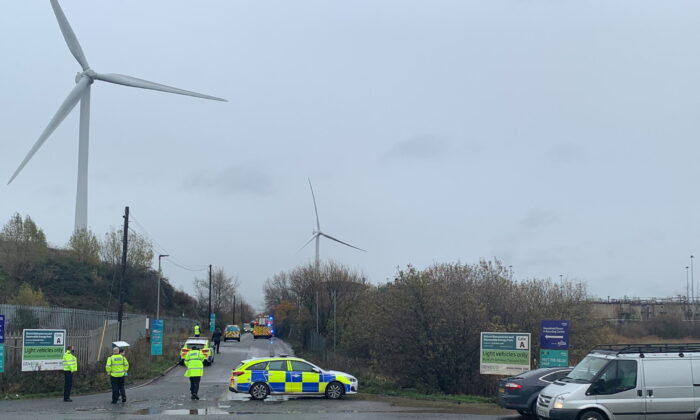 In this picture obtained from social media, emergency responders are seen on the scene of a blast in a warehouse in Avonmouth near Bristol, Britain, on Dec. 3, 2020. (Twitter/@jawadburhan98/via Reuters)
UK

Four people were killed on Thursday in a large explosion at a water recycling centre near Bristol in southern England, UK police have confirmed.

Earler, local police declared a “major incident” following the blast, which took place at Wessex Water’s Bristol water recycling centre in Avonmouth, a port in the outer suburb of Bristol.

The four fatalities include three employees of Wessex Water and one contractor. A fifth person was also injured but their injuries are not believed to be life-threatening, police said.

“This is a tragic incident and our thoughts and sympathies go out to them. Those officers will continue to provide them with all the support they need at this difficult time,” said Chief Inspector Mark Runacres, Avon and Somerset Police.

We would like to reassure the public there is not believed to be any ongoing public safety concerns following the incident this morning.
However, we’d continue to urge people to avoid the area if possible to enable the emergency services to carry out their work at the scene.

Emergency services were called at approximately 11:20 a.m. on Thursday to a site off Kings Weston Lane in Avonmouth, where an explosion had taken place involving one of the chemical tanks at Wessex Water’s Bristol water recycling centre, police said.

“A thorough investigation will be carried out into what happened today, involving a number of agencies and the health and safety executive in due course and we will not be speculating on the cause of the explosion while such work is being undertaken,” said Runacres.

“What we can confirm though is this is not being treated as terror-related incident. The explosion happened in a silo that holds treated biosolids before it is recycled to land as an organic soil conditioner,” he said.

Police reassured local residents that there is not believed to be any ongoing public safety concerns, but urged members of the public to avoid the area if possible while this emergency operation is ongoing.

“We are absolutely devastated that the tragic incident at our site earlier today has resulted in four fatalities,” said Colin Skellett, chief executive of Wessex Water. “We are working with the Health and Safety Executive to understand what happened and why.”

“This has already been such a challenging year, and this news of further loss of life is another terrible blow,” said Bristol City Mayor Marvin Rees. “As a city we will mourn for them.”