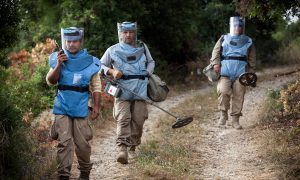 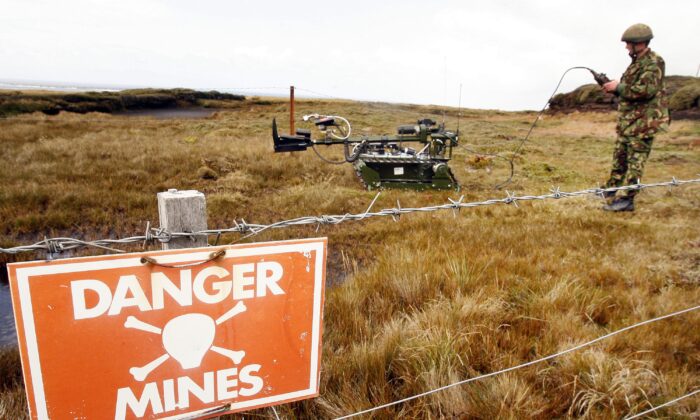 The Falkland Islands have been finally cleared of all landmines, the British government said on Tuesday, 38 years after they were laid by Argentine forces during the Falklands War.

A UK-funded programme started in 2009 has “completed its dangerous mission to de-mine the islands in the South Atlantic three years ahead of schedule,” the Foreign, Commonwealth, and Development Office (FCDO) said in a statement.

“The removal of the mines laid during the 1982 conflict with Argentina means the UK has now met its obligations set by the Anti-Personnel Mine Ban Convention,” the FCDO said, adding that there are no anti-personnel mines left on British soil anywhere in the world.

Argentina invaded the archipelago, to which it lays claim, in 1982. Britain sent a task force to retake the islands in a brief war that saw more than 600 Argentine and 255 British servicemen killed.

The Falklands will be officially declared landmine free on Nov. 14 in a local celebration, at which the final mine will be detonated. Fences will be cut down and games of cricket and football will be played on the beaches, which have been sealed off for nearly 40 years.

Wendy Morton, the UK minister with responsibility for the Falklands, called this “a huge achievement” and paid tribute to the team of de-miners, who “put their lives at risk day to day removing and destroying landmines to make the Falklands safe”.

“Our commitment to ridding the world of fatal land mines does not end with our territories being mine free,” she said. “A further £36 million of UK funding will allow de-mining projects across the world to continue, protecting innocent civilian lives.”

The funds have been given to the UK-funded Global Mine Action Programme 2 (GMAP2), which will continue de-mining projects in Africa, the Middle East, and Asia.

By June 2020, GMAP2, which started in 2018, had cleared the equivalent of 28,800 football pitches of minefields and delivered mine risk education to over 2 million people, the FCDO said.