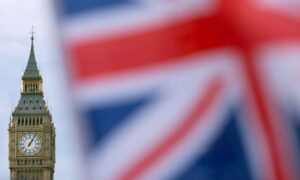 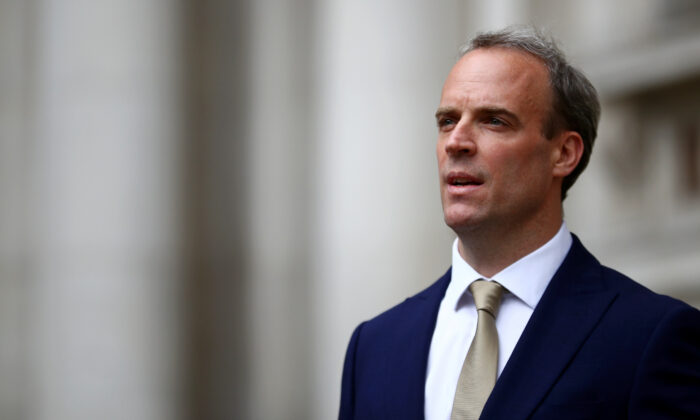 “China has once again broken its promises and undermined Hong Kong’s high degree of autonomy. The UK will stand up for the people of Hong Kong, and call out violations of their rights and freedoms,” he added. “With our international partners, we will hold China to the obligations it freely assumed under international law.”

The statement comes after China’s National People’s Congress Standing Committee, which held meetings on Tuesday and Wednesday, passed a resolution stating that those who support Hong Kong’s independence or refuse to acknowledge China’s sovereignty over the city, or who commit acts that threaten national security or ask external forces to interfere in the city’s affairs, should be disqualified from serving as a lawmaker on the Hong Kong Legislative Council, according to China’s state-owned Xinhua News Agency.

Most of the 15 did not attend a regular session of the legislature on Thursday, and some later handed in resignation letters to the Legislative Council’s secretariat.

Raab on Wednesday said the removal of the four pro-democracy legislators is “a further assault on Hong Kong’s high degree of autonomy and freedoms”.

“We will continue to consider designations under our Magnitsky-style sanctions regime,” said Adams, Britain’s minister for Asia. He was asked by lawmakers if Britain would sanction Hong Kong Chief Executive Carrie Lam.

Adams said it would not be helpful to speculate on names at this stage. The Chinese embassy did not immediately respond to Reuters’ request for comment.

This is the third time the Chinese communist regime had breached the Sino-British Joint Declaration,  the UK government said.

Caroline Wilson, who served as the British Consul-General to Hong Kong and Macao between 2012 and 2016, told Ming Pao that Beijing had breached the declaration for the first time after the “disappearances” of five employees of the Causeway Bay Bookstore in 2016.

She said she hoped this breach would be a “one off, and never be repeated”.

Wilson told Hong Kong Free Press at the end of her tenure that the one country, two systems principle had been a “remarkable achievement”, since there had only been one breach of it.

Wilson is currently the UK ambassador to China.

The second time the Chinese regime breached the Joint Declaration, the UK government said, was the imposition of the national security law in Hong Kong.

After China’s rubber-stamp legislature approved the decision in June, Raab urged the Chinese regime to reconsider, a request ignored by Beijing.