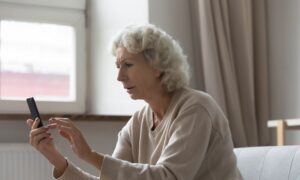 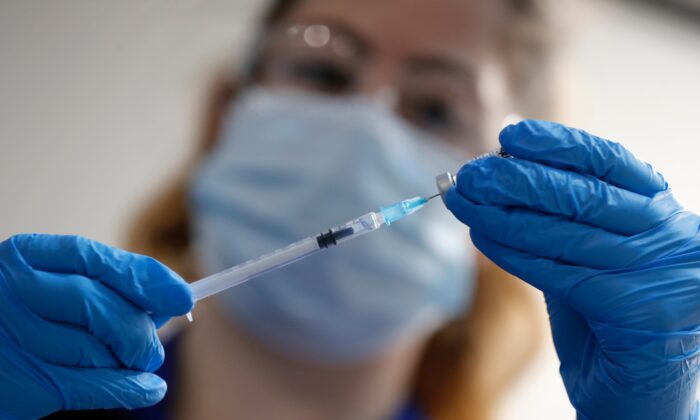 The UK’s national reporting center for fraud and cybercrime has cautioned the public to be alert for fraudsters criminally exploiting the CCP virus crisis by pretending to be signing people up for vaccines.

“If you receive an email, text message, or phone call purporting to be from the NHS and you are asked to provide financial details, this is a scam,” Pauline Smith, head of Action Fraud, warned in a statement on Thursday.

“Remember, the vaccine is only available on the NHS and is free of charge.”

The NHS will not at any stage ask anyone to pay for a vaccine, the center said.

Nor will it ask for bank card, PIN, or banking password details, nor for proof of identity by requesting people to send personal documents such as their passport, driving licence, bills, or payslips.

Vaccine Scams on the Increase

As of Jan. 7, Action Fraud said that, though it had received just 57 reports of the vaccine-related scams, the crime was on the increase.

“Thankfully, the number of reports into Action Fraud are relatively low but we have seen an increase in the last two months,” Smith said.

She also said the fraud was particularly being attempted by criminals via scam text messages.

“The texts ask the recipient to click on a link which takes them to an online form where they are prompted to input personal and financial details,” the center said.

It also said that the fake online form in some cases had closely mimicked the real NHS website.

Local police forces have also been warning of the vaccine-related fraud.

On Tuesday, Derbyshire police said in a statement that a text message had recently been circulating telling people they were eligible for a CCP (Chinese Communist Party) virus vaccine.

It said the scam message reads, “We have identified that you are eligible to apply for your vaccine.”

It then prompts recipients to click on a link for further information or to “apply” for the jab before taking them to an “extremely convincing fake NHS website, where fraudsters are attempting to coerce people into divulging personal or financial information.”

Derbyshire police said that fraudsters are even calling potential victims.

“Cold calls regarding the vaccine are also beginning to take place, where scammers are asking people to pay for the vaccine over the phone,” the police said. “If you receive one of these calls, hang up.”

North Yorkshire Police said in a statement on Wednesday that they had also had reports of fraudsters texting, emailing, and cold calling people over vaccines.

“Unfortunately, this is yet another example of how scammers are using the Covid-19 pandemic to target people and prey on their fears,” the police said.

Action Fraud said that the only organisations making valid contact with people over vaccines were their GP’s surgery, the NHS, their local pharmacy, or their employer.