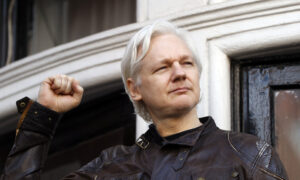 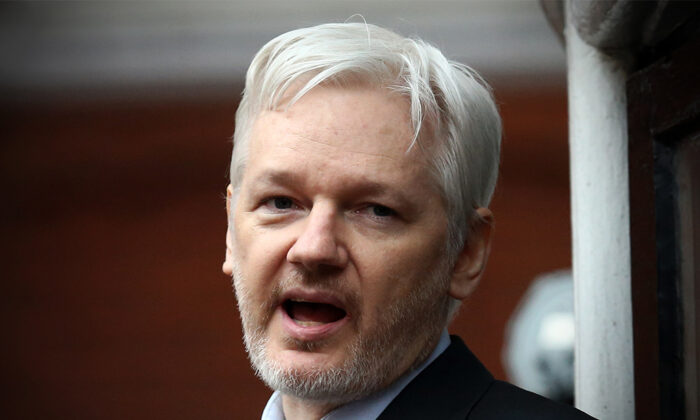 WikiLeaks founder Julian Assange speaks from the balcony of the Ecuadorian embassy in London on Feb. 5, 2016. (Carl Court/Getty Images)
UK

UK Court Allows US to Appeal Denial of Assange’s Extradition

LONDON—Britain’s High Court has granted the U.S. government permission to appeal a decision that WikiLeaks founder Julian Assange cannot be sent to the United States to face espionage charges.

The judicial office said Wednesday that the appeal had been granted and the case would be listed for a High Court hearing. No date has been set.

In January, a lower court judge refused an American request to send Assange to the United States to face spying charges over WikiLeaks’ publication of secret military documents a decade ago. District Judge Vanessa Baraitser denied extradition on health grounds, saying Assange was likely to kill himself if held under harsh U.S. prison conditions.

The judge ordered that Assange must remain in prison during any potential U.S. appeal, ruling that the Australian citizen “has an incentive to abscond” if he were freed.

Assange, 50, has been in London’s high-security Belmarsh Prison since he was arrested in April 2019 for skipping bail seven years earlier during a separate legal battle.

Assange spent seven years holed up inside Ecuador’s London embassy, where he fled in 2012 to avoid extradition to Sweden to face allegations of rape and sexual assault. Sweden dropped the sex crimes investigations in November 2019 because so much time had elapsed.

U.S. prosecutors have indicted Assange on 17 espionage charges and one charge of computer misuse over WikiLeaks’ publication of thousands of leaked military and diplomatic documents. The charges carry a maximum sentence of 175 years in prison.

“I am appealing directly to the Biden government to do the right thing, even at this late stage,” said Moris, who has two young sons with Assange. “This case should not be dragged out for a moment longer. End this prosecution, protect free speech and let Julian come home to his family.”