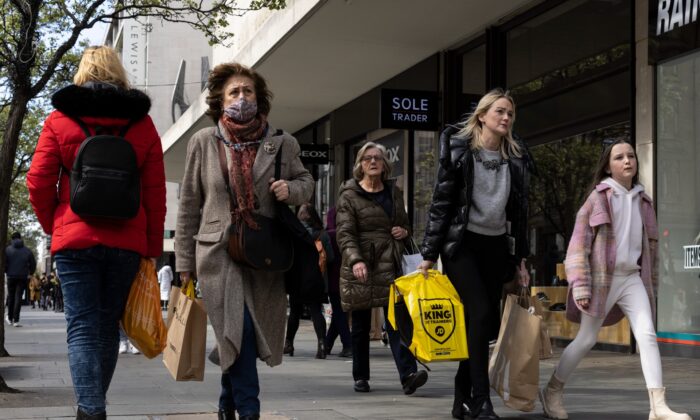 Consumer confidence in the UK has hit a new record low amid soaring cost of living and bleak economic prospects, according to business intelligence firm Growth from Knowledge (GfK).

The firm’s Consumer Confidence Index fell three points in August to minus 44, its lowest figure since records began in 1974.

All five measures that make up the index were down from the month before, including confidence in personal finances and the general economy.

“A sense of exasperation about the UK’s economy is the biggest driver of these findings,” he added.

OECD figures show that the UK’s CPI in July is the highest among the Group of Seven countries.

According to GfK, consumer confidence in the general economy over the past year has declined for eight months in a row to reach minus 68, some 26 points lower than last August.

A similarly consistent sharp decline is evident in how consumers see the economy a year ahead, with this month’s score reaching minus 60, a new record low.

The forecast for personal finances over the next 12 months fell five points in July to minus 31, some 42 points lower than this time last year.

The Major Purchase Index, a measure of confidence in buying big ticket items, fell by four points in August to minus 38, a total of 35 points lower than this time last year.

Staton said: “These findings point to a sense of capitulation, of financial events moving far beyond the control of ordinary people.

“With headline after headline revealing record inflation eroding household buying power, the strain on the personal finances of many in the UK is alarming.

“Just making ends meet has become a nightmare and the crisis of confidence will only worsen with the darkening days of autumn and the colder months of winter.”

Linda Ellett, UK head of retail and leisure consumer markets at KPMG, said: “Those storm clouds are now fast closing in, with higher costs reducing the discretionary spending power of even more households this autumn and winter.

“A widespread reduction in spending ability will lead to drops in demand and changing buying behaviour, both of which will impact the high street and wider economy,” she added.