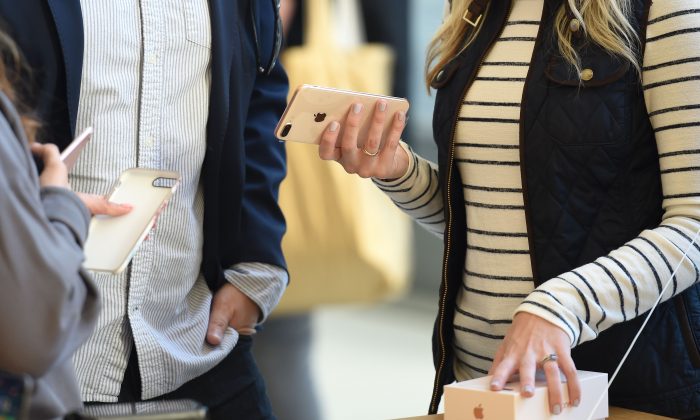 A British law firm says it and consumer champion Justin Gutmann are taking Apple to the UK’s Competition Appeal Tribunal, claiming £768 million ($950 million), in a dispute over a power management tool on older iPhones that could affect 25 million Britons.

Gutmann has accused the company of deliberately slowing down the performance of iPhones—what is known in the industry as “throttling”—by hiding a power management tool to disguise the fact that iPhone batteries could not cope with iOS processing demands and would suddenly shut down.

Gutmann said: “Instead of doing the honourable and legal thing by their customers and offering a free replacement, repair service or compensation, Apple instead misled people by concealing a tool in software updates that slowed their devices by up to 58 percent.”

In 2017, after performance issues were noticed by some customers, Apple chief executive Tim Cook apologised and said it would replace batteries for a discounted rate for a limited time.

Gutmann claims Apple failed to properly publicise its battery replacement service and had abused its dominant position in the market.

He is seeking damages of £768 million for 25 million UK customers.

Gutmann told The Epoch Times the claim was being submitted to the tribunal on June 16.

The claim says a power management tool released in a software update to iPhone users in January 2017  was rolled out to slow down older iPhone models with ageing batteries, which may have struggled to run the latest iOS software.

His claim seeks compensation for each model owned and individuals will not need to join a class action to qualify for damages.

In a statement, Apple said: “We have never, and would never, do anything to intentionally shorten the life of any Apple product, or degrade the user experience to drive customer upgrades. Our goal has always been to create products that our customers love, and making iPhones last as long as possible is an important part of that.”

Last month Apple lost its position as the world’s most valuable company, overtaken by Saudi Arabian oil and gas producer Aramco, amid a broad investor sell-off of tech stocks and a surge in energy prices.