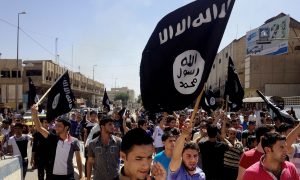 'Jihadi Jack' Says He Wants to Return to UK From Syria, but 'No One Cares'
0
Share Now
TelegramFacebookTweetEmailTellMeWeReddit
Copy Link 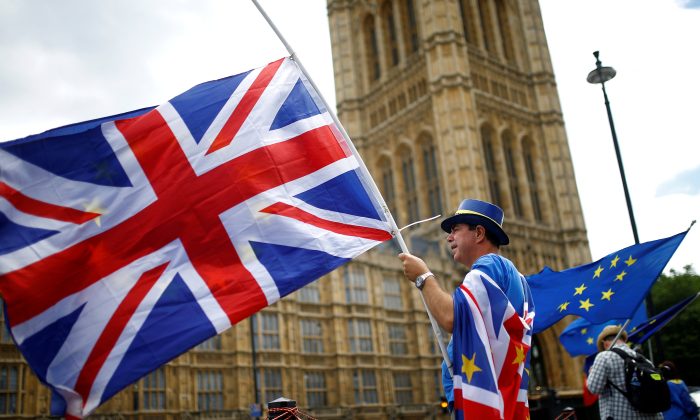 Anti-Brexit demonstrators wave EU and Union flags opposite the Houses of Parliament in London on June 19, 2018. (Henry Nicholls/Reuters)
UK

LONDON—It’s anticipated Boris Johnson will emerge the winner of the Conservative Party leadership race in the UK.

About 160,000 party members were eligible to vote by Monday, July 22 for their next leader—and the man who will be Britain’s next Prime Minister. The winner will be revealed at 11 a.m. on Tuesday, local time.

The Brexit impasse forced Theresa May to step down. It’s a political hot potato that will be passed on to her successor—who will either be former London mayor and a former foreign secretary Boris Johnson, or current foreign secretary Jeremy Hunt.

The official transfer of power happens on Wednesday when Theresa May informs the Queen of the new leader.

May’s three years in power haven’t been easy, with Brexit dominating her reign.

Eurosceptics within her party were not satisfied with her approach. And in January, her Brexit deal was overwhelmingly rejected.

It’s probable that whoever her successor is, will face a difficult challenge finding a consensus in Parliament too.

As his party voted, junior foreign minister Sir Alan Duncan quit seen by many as a sign protest over the expected victory of Johnson. He described Brexit as “a dark cloud.” Finance minister Phillip Hammond and Justice Secretary David Gauke have already said they intend to resign if Johnson wins. It follows the resignation last week, of Digital Minister Margot James.

Johnson has promised the UK will leave the EU by October 31, with or without a deal.

“After three years and two missed deadlines, we must leave the EU on October 31,” he said at the launch event for his leadership bid.

Hunt has said he is prepared to leave without a deal, but would accept a further delay.

Responding to a reporter asking how his plan differs to Johnson’s, Hunt has said: “The plan may be similar, the person’s not.”

Last week, President Trump said he thinks Johnson will “straighten out” Brexit and that the pair have a good relationship.

The UK’s relationship with the United States will become more important as the UK prepares to cut ties with the EU.

Whoever wins, their time to savour the victory won’t last long—very quickly their promise to deliver on Brexit will be put to the test.