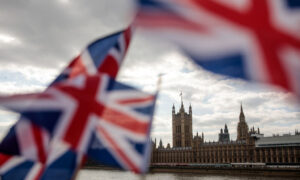 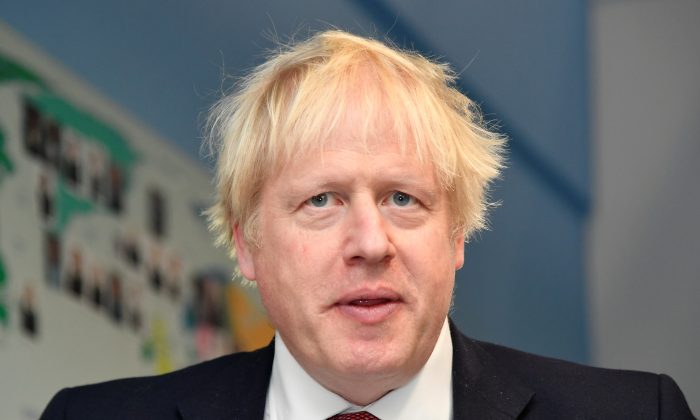 LONDON—Britain’s governing Conservative Party on Nov. 25 defended an election platform that is light on policy proposals, as it tries to avoid losing its poll lead before the nation votes in less than three weeks.

Prime Minister Boris Johnson’s party is campaigning heavily on a promise to “get Brexit done” by taking Britain out of the European Union on the currently scheduled date of Jan. 31 if it wins the Dec. 12 election.

“When we get Brexit done, believe me, we will unleash a tide of investment into this country,” Johnson told supporters as he campaigned Nov. 25 in north Wales.

Despite the bravado, Culture Secretary Nicky Morgan conceded that leaving the bloc would only be “the first big step” to completing Brexit because it would be followed by negotiations on a new trade relationship with the bloc.

Johnson says it will be done by the end of 2020—a time frame that trade experts say is extremely optimistic.

All 650 seats in the House of Commons are up for grabs in the election, which is taking place more than two years early. Johnson sought the early vote in hopes of winning a majority and breaking Britain’s political impasse over Brexit.

The Conservatives lead the main opposition Labour Party in opinion polls, and the governing party is taking a cautious approach in the remaining 17 days of the campaign.

On Nov. 24, the Conservatives published an election manifesto—the bedrock of British parties’ election campaigns—that is light on plans for the country beyond Brexit.

It includes voter-friendly promises to fill potholes and scrap some hospital parking charges, and commits to a modest increase in public spending, though far less than that proposed by Labour.

Labour, under left-wing leader Jeremy Corbyn, has set out plans for a radical expansion of public spending and state ownership if it wins the election.

The Conservatives also promised to increase the number of nurses working in the state-funded health service by 50,000 within six years—though part of that increase is set to be achieved by reducing attrition rather than training and hiring new medics.

Paul Johnson, of economic think tank the Institute for Fiscal Studies, said the Conservative promises would be considered modest if they were put forward in an annual budget.

“As a blueprint for five years in government, the lack of significant policy action is remarkable,” he said.

Johnson’s core election promise is to end more than three years of uncertainty about Britain’s departure from the EU. The phrase “get Brexit done” appears 22 times in the party’s 59-page manifesto.

On Nov. 24, Johnson promised that he would begin the process of getting his Brexit deal through Parliament before Christmas so that British families could “enjoy their festive-season free from the seemingly unending Brexit box-set drama.”

Lawmakers approved the deal in principle in October, but Johnson withdrew it after they asked for more time to scrutinize it.

The government said Nov. 25 that lawmakers will return to Parliament on Dec. 17. If Johnson is reelected, the government will introduce its legislative agenda two days later in a speech delivered by Queen Elizabeth II.

If Labour wins or there is an uncertain outcome, the queen’s speech is unlikely to be held until January, when Britain will—once again—be facing a looming Brexit deadline.

The UK is due to leave the bloc on Jan. 31, after failing to meet two previous departure dates amid wrangling in Parliament.