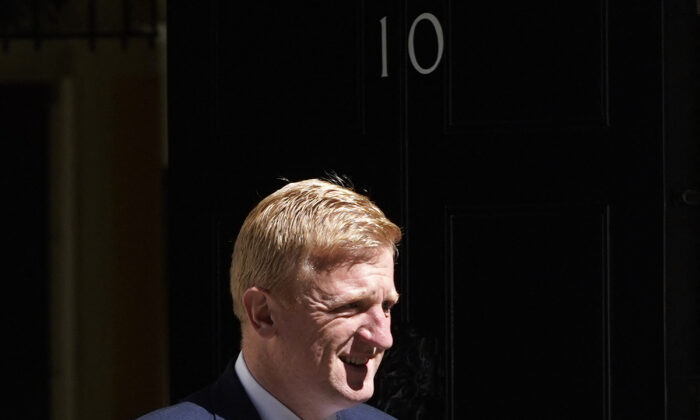 The Tories lost the Tiverton and Honiton constituency, a traditional Conservative stronghold, after a swing of almost 30 percent to the Liberal Democrats. And Wakefield, one of the so-called “red wall” seats won by the Tories in the 2019 general election, returned to Labour hands after a swing of 12.7 percent.

Resigning as party chairman, Oliver Dowden said the by-elections “are the latest in a run of very poor results for our party.”

In his resignation letter to Johnson, he wrote: “Our supporters are distressed and disappointed by recent events, and I share their feelings. We cannot carry on with business as usual. Somebody must take responsibility and I have concluded that, in these circumstances, it would not be right for me to remain in office.”

Dowden ended his letter by saying: “I want to emphasise that this is a deeply personal decision that I have taken alone. I will, as always, remain loyal to the Conservative Party.”

In response, the prime minister told Dowden he “completely” understands his disappointment with the by-election results.

But he stressed that “this government was elected with a historic mandate just over two years ago” and he looks forward to “continuing to work together on that.”

Johnson, who is attending a Commonwealth summit in Rwanda, told broadcasters he would listen to voters but vowed to “keep going” with the government’s agenda.

The double defeat, which comes just weeks after 41 percent of Johnson’s own MPs cast their ballots against him in a confidence vote, has triggered fresh calls for him to be ousted.

Michael Howard, a former Conservative Party leader who has not been an outspoken critic of Johnson in the past, urged the Cabinet to consider resigning.

He told the BBC, “The party and, more importantly, the country would be better off under new leadership.”

Tory peer Lord Barwell, who was Theresa May’s chief of staff in Number 10, said if the Conservative Party carries on as it is, it is “sleepwalking to a defeat at the next election.”

He said he was “very pleased” about Dowden’s resignation, as someone senior in the party seemed to have “finally” recognised this and done something about it.

He told Sky News that Johnson’s authority is “very significantly diminished” and “draining away.”