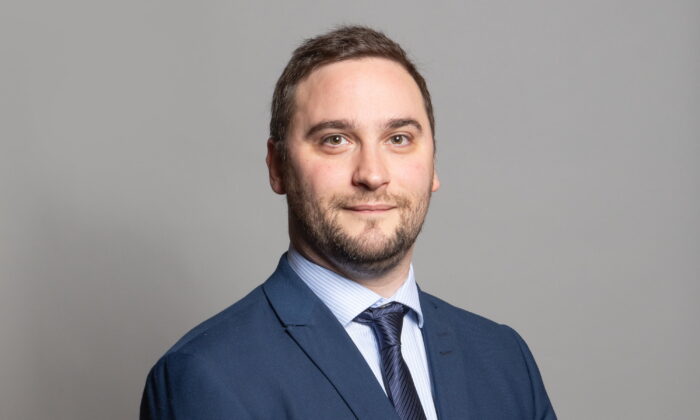 British Prime Minister Boris Johnson suffered a fresh blow on Wednesday when a lawmaker from the ruling Conservative Party defected to the opposition Labour Party.

Christian Wakeford, the MP for Bury South who was elected in 2019 with a slim majority of 402, announced that he had defected to Labour, accusing Johnson of being “incapable of offering the leadership and government this country deserves.”

His move was announced just minutes before a session of Prime Minister’s Questions, with the timing apparently calculated to cause maximum damage to Johnson.

Wakeford was one of the 2019 intake of Conservative MPs who won in so-called “Red Wall” seats, traditional Labour constituencies in the north of England which voted overwhelmingly for Brexit. Bury South had elected a Labour MP at every election since 1997.

In a letter to Johnson explaining why he had lost patience with his leadership, Wakeford said: “I care passionately about the people of Bury South and I have concluded that the policies of the Conservative government that you lead are doing nothing to help the people of my constituency and indeed are only making the struggles they face on a daily basis worse.”

He said Britain “needs a government that upholds the highest standards of integrity and probity in public life” but both the prime minister and the Conservative Party as a whole “have shown themselves incapable of offering the leadership and government this country deserves.”

In response, the prime minister told Starmer: “The Conservative Party won Bury South for the first time in a generation under this prime minister on an agenda of uniting and levelling up and delivering for the people of Bury South. We will win again in Bury South.”

Johnson’s press secretary later said the prime minister was “sorry” to see Wakeford defect to Labour, but said she was not aware of any further impending defections of Tory MPs.

Wakeford had been one of seven Conservative MPs to publicly call for Johnson to quit after the prime minister admitted he attended a gathering in the Downing Street garden for around 25 minutes on May 20, 2020, when COVID-19 rules banned socialising outdoors.

He told Johnson: “You have sat too long here for any good you have been doing. In the name of God, go.”

Johnson apologised once again for the “partygate” saga, but he refused to resign and said it was for senior official Sue Gray’s inquiry “to come forward with an explanation of what happened.”