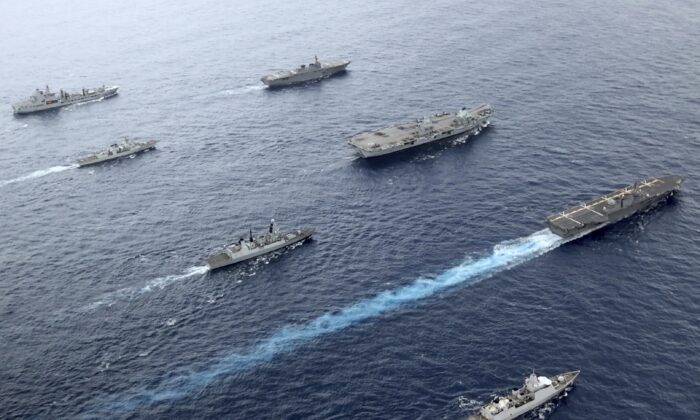 The UK’s Conservative backbenchers have called on the ministers to increase the country’s defence spending in the wake of Russia’s invasion of Ukraine.

It comes after Foreign Secretary Liz Truss said spending 2 percent of GDP on defence “must be a floor, not a ceiling,” referring to NATO countries’ baseline spending commitments.

In a report submitted to the government, members of the 1922 Defence Committee said the government should increase defence spending at a time regarded by many as “the beginning of the New Cold War.”

“Across the Conservative backbenches, there is a wide consensus that the Russian invasion of Ukraine requires an increase in defence spending alongside a broad reassessment of manpower and capabilities,” committee chair John Baron said in a statement.

“In particular, the report concludes that there should be a moratorium on defence cuts until this reassessment exercise is concluded.”

The report came after the committee called on Conservative backbenchers to submit evidence on their priorities for defence and held discussions on the issue.

In 2020, the government pledged to spend an extra £24 billion ($29 billion) on defence over the following five years, but the committee said there was “still substantial scope for more spending as befits what many regard as the beginning of the New Cold War.”

Warning that Germany’s announcement of extra defence spending would mean the UK no longer had NATO’s second-largest defence budget, the committee said the Ministry of Defence should aim for specific targets in terms of the number of soldiers, ships, and aircraft rather than the current goal of spending 2 percent of GDP.

The committee also expressed concern that the armed forces had become “too dependent” on reserves as part of a “cost-cutting exercise” and called for a rebalancing of personnel towards regular troops.

In order to cut costs, the committee suggested buying more off-the-shelf equipment, for example scrapping the troubled Ajax vehicle programme in favour of an available alternative. Ajax has already cost the government more than £3 billion ($3.67 billion) and the project is four years late.

The committee also called for recruitment to be taken back in-house after much-publicised problems with outsourcing arrangements that had failed to meet targets.

They added that the same should be done in order to improve “lamentable” food and accommodation services.

In conclusion, the report said: “Diplomacy and soft power should always be the primary tools for achieving Britain’s desired outcomes, and they also require increased resourcing.

“However, a comprehensive and well-resourced military instrument can help reinforce such means, while reducing the chances of armed conflict.

“Recent events mean that defence will have a heightened relevance at the next general election not seen since the ending of the Cold War.”

Baron said the report had been submitted to the government and that the committee was “looking forward to” feeding its findings directly into Prime Minister Boris Johnson and his policy unit in Downing Street.

“He would be wise to heed his backbenchers,” he said.

Poland last month said it will increase its defence spending to 3 percent of GDP.