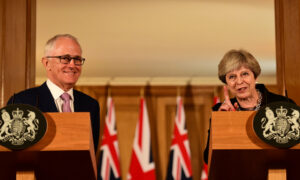 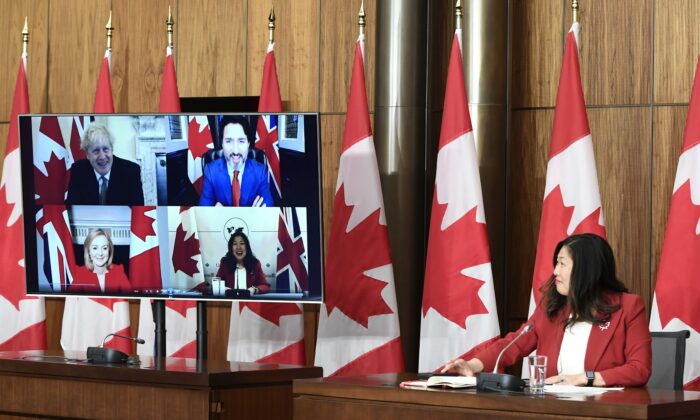 The United Kingdom and Canada are blaming each other for failing to formally ratify an interim trade deal to bridge the gap between expiration of the Canada-EU agreement on Dec. 31 and eventual achievement of a permanent Canada-U.K. deal.

At least 87 percent of the trade in goods would remain duty-free even without the agreement being in place by Jan. 1, due to World Trade Organization commitments. However, products that could face tariffs include lobster, maple syrup, beef, certain plastics, as well as some trucks and other vehicles. A study by Global Affairs Canada suggested that 2,430 Canadian jobs would be lost without a deal.

The U.K. left the EU on Jan. 31, 2020, and will no longer be covered by the Canada-European Union Comprehensive Economic and Trade Agreement (CETA) as of Jan. 1, 2021. Canada and the U.K. are seeking an interim agreement to avoid any interruption to market access during the transition between the CETA and a Canada-U.K. bilateral trade deal.

The Canadian and U.K. governments did agree on Nov. 21 to maintain the same rules as the CETA until a permanent arrangement could be negotiated.

Yet, as November ended, International Trade Minister Mary Ng said the final text of the Canada-U.K. Trade Continuity Agreement had still not been agreed upon. She made no guarantee that parliamentarians would see a bill to ratify the interim agreement, sparking criticism and questions from the opposition benches.

The agreement was eventually signed on Dec. 9, and later that day Ng introduced its implementation legislation—Bill C-18—in the House of Commons. But the House rose for the winter break two days later without time to ratify the bill before the Dec. 31 deadline.

“Waiting until the eleventh hour to introduce the implementing legislation is yet another example of Liberal mismanagement and incompetence,” Tracy Gray, the Conservative trade critic, said in a media statement.

“This process has been a train wreck,” NDP trade critic Daniel Blaikie said on Reddit.

“By omitting a sunset clause, this minority government appears to have concluded a permanent trade agreement with almost no meaningful stakeholder consultation or parliamentary involvement.”

Ng said officials are pursuing a “range of options” to mitigate trade disruptions that they will share with businesses as soon as possible. One potential interim measure would be to agree to not collect tariffs on each other’s products until the implementation legislation is passed.

Prime Minister Justin Trudeau had said on Nov. 11 that a deal with Canada should be “a really easy one” for the U.K. to move on.

“So there is an issue of not really having the bandwidth within government to move forward on this,” Trudeau told the Financial Times.

The U.K. sought deals with the EU, United States, Australia, Japan, and New Zealand as 2020 began, and did not restart in earnest with Canada until Sept. 7.

A Dec. 10 joint statement by Canadian Manufacturers & Exporters and four other business organizations urged implementation of the interim agreement “without delay,” to ensure proper mechanisms are in place on Jan. 1, 2021, in order to avoid trade disruptions.

“We welcome the commitment by the Canadian and British governments to negotiate an ambitious and permanent trade deal starting next year. But for now, job number one should be to limit supply chain disruptions and ensure there are no negative consequences at the end of the year.”

A press release from the Canadian Cattlemen’s Association also welcomed the interim agreement but urged Canada to push for better terms.

“A glaring inequity that remains to be resolved is that Canadian beef producers face far more hurdles to export to the U.K. than U.K. producers experience exporting to Canada,” the release said.

“In the transitional agreement, the U.K. beef industry retains unlimited duty-free access into the Canadian market, while Canadian beef exports will be restricted to 3,279 tonnes in 2021 and 3,869 tonnes in 2022.”