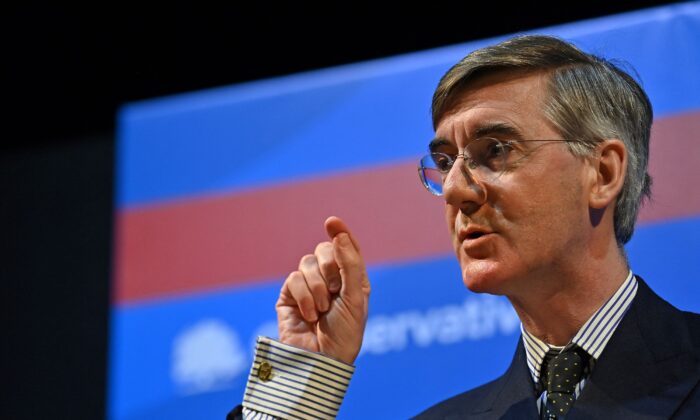 Civil servants at the UK’s Cabinet Office were told to check potential guest speakers’ social media accounts before inviting them, it emerged on Sunday.

According to the Financial Times, government efficiency minister Jacob Rees-Mogg set out new rules on the vetting of guests who take part in “learning and development events” that include combing through the guests’ social media posts in the past three to five years to look for “potentially problematic or controversial material that may contravene civil service values.”

Managers were told to be mindful of “criticism of government officials or policy,” comments showing “a strong political partiality,” or anything that risks bringing the civil service into disrepute, according to the report.

The Epoch Times has not seen the guidance but a statement from the Cabinet Office appears to confirm the report.

The statement said the rules were brought in to “ensure there is a proper process for inviting speakers to talk to civil servants in the Cabinet Office, as the public rightly expects,” and are in line with “the principle of impartiality.”

“We take a zero tolerance approach to discriminatory behaviour and this process will help prevent anyone with a history of such comments from being invited,” the statement reads.

The blog said broadcaster Afua Hirsch, who gave a talk at the Home Office, had said Prime Minister Boris Johnson had made a “litany of racist statements,” saying part of Johnson’s electoral brand was his “oafish stupidity.”

Historian David Olusoga, who gave a talk hosted by the Department of Levelling Up, had accused Johnson of being “utterly careless of everyone but himself” and said that the north was not going to be levelled up, but will “be offered flags and xenophobia instead,” according to the blog.

It also mentioned psychologist John Amaechi and postcolonial studies professor Priyamvada Gopal, both of whom were invited to events at the Home Office. Amaechi was said to have made a children’s video about “white privilege,” and Priyamvada Gopal had said Home Secretary Priti Patel, who has Indian heritage, was “a reminder that many Asians in British Africa had ferociously anti-black attitudes and were used by colonial administrations to keep black populations in their place.”

Guido Fawkes challenged the government to tell “woke permanent secretaries” to invite mainstream or conservative speakers for balance, but Gopal was soon uninvited to the event.