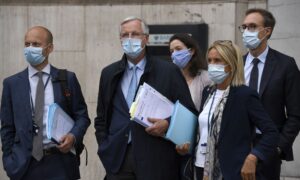 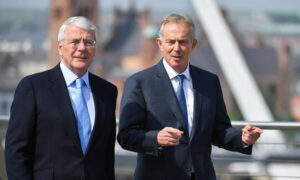 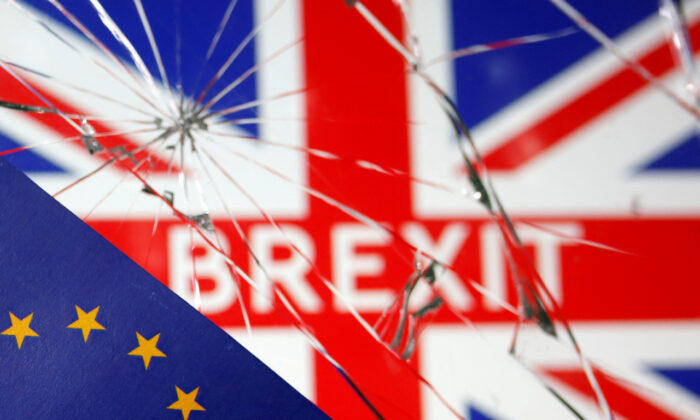 More than 70 British business groups representing more than 7 million workers have issued an urgent call for politicians to revive the stalled Brexit talks and strike a deal with the European Union.

The groups, which include the Confederation of British Industry, TheCityUK, techUK, the National Farmers’ Union, and the British Retail Consortium, said in a joint statement on Oct. 18 that “securing a quick agreement matters greatly for jobs and livelihoods.”

Prime Minister Boris Johnson said on Oct. 16 that it’s time to prepare for a no-deal Brexit, as the EU had “refused to negotiate seriously.”

But Michael Gove, the Cabinet Office minister, said on Oct. 18 that the door remained “ajar” for talks on a post-Brexit trade deal to continue if the EU changed its approach.

Britain left the EU on Jan. 31, and the Brexit transition period will end on Dec. 31. If no trade deal with the EU is reached by then, Britain would by default need to trade under World Trade Organization rules.

In their statement, the British business groups called on leaders on both sides to “find a route through” with “compromise and tenacity.”

More than three-quarters of UK firms say they need a deal quickly, the statement said, because they “face a hat-trick of unprecedented challenges: rebuilding from the first wave of COVID-19, dealing with the second, and uncertainty over the UK’s trading relationship with the EU.”

“With each day that passes, business resilience is chipped away. A swift deal is the single most effective way to support recovery in communities across Europe,” the business groups said.

“After four years of debate, there must be a resolution. 2021 can then be a year to rebuild, rather than regret.”

Leaders in the food and pharmaceutical industries said in the statement that having no deal would cause increased difficulties and uncertainty in their respective sectors.

“No deal would cause deep damage to the UK’s largest manufacturing industry and put at risk the choice, quality, and affordability of food and drink available to UK shoppers and consumers,” he said.

Terry Jones, director general of the National Farmers’ Union of England and Wales, said it was “critically important that a tariff-free, quota-free deal is struck as soon as possible.”

“The EU, as a single trading bloc, is the most important international market for UK agri-food products, and given its size and proximity will continue to be so in the future,” he said.

Richard Torbett, chief executive of the Association of the British Pharmaceutical Industry, said the CCP virus pandemic has exacerbated the harm a no-deal Brexit could do to the medical sector.

“The coronavirus pandemic has stretched hospitals and medicine supply chains to their capacity,” he said. “It is absolutely clear that it’s in nobody’s interest—and certainly not patients—to face the future with uncertainty around how medicines will be regulated, tested, and moved throughout Europe and the UK.”