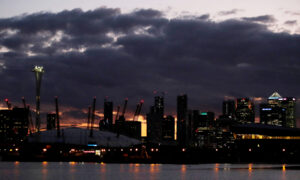 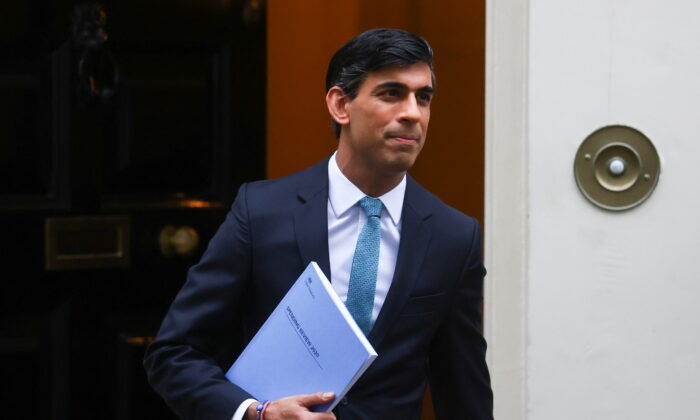 UK Borrowing to Hit Peacetime Record Due to Pandemic: Chancellor

The United Kingdom is forecast to borrow a total of 394 billion pounds ($527 billion) this year, the highest recorded level of borrowing in peacetime, Chancellor Rishi Sunak said on Wednesday.

The COVID-19 pandemic, which was caused by the CCP (Chinese Communist Party) virus, has had a substantial impact on public sector borrowing, the Office for National Statistics (ONS) said in its latest report.

The government’s response to the pandemic, including the furlough scheme, support for the self-employed, tax cuts, and extra funding for schools and local councils, will cost 280 billion pounds ($374 billion) this year alone, Sunak said in Parliament as he announced the government’s one-year spending review.

Official figures released ahead of Sunak’s announcement showed his Eat Out to Help Out scheme, intended to support catering businesses suffering from the lockdown measures earlier this year, cost 849 million pounds ($1.13 billion), much more than an initial government estimate of 500 million pounds ($669 million).

“The economic impact of coronavirus, and the action we’ve taken in response, means there has been a significant but necessary increase in our borrowing and debt,” Sunak said.

“This situation is clearly unsustainable over the medium term,” he said, adding that “we have a responsibility, once the economy recovers, to return to a sustainable fiscal position.”

The UK economy will contract this year by 11.3 percent, the largest fall in output for more than 300 years, Sunak told Parliament, citing forecasts by the Office for Budget Responsibility (OBR).

The elevated borrowing levels and the persistent deficit mean that underlying debt will continue rising every year, reaching 97.5 percent of GDP in 2025-26, OBR figures show.

Even with growth returning, economic output is not expected to return to pre-crisis levels until the fourth quarter of 2022, Sunak said.

Last week, in an interview with The Sunday Times, Sunak warned that economic statistics to be published this week would mean “people will see the scale of the economic shock laid bare.”