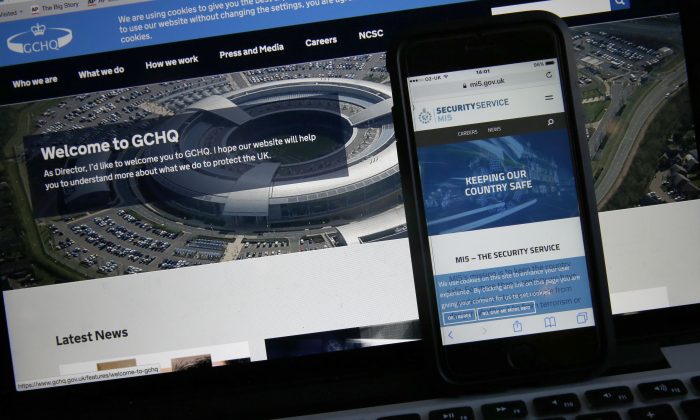 Photo-illustration of web flash pages for GCHQ, the British government's communications and electronic surveillance headquarters, and The Security Service (MI5), the governments internal security service, on a computer and smartphone in London, on Nov. 25, 2016. (AP Photo/Alastair Grant)
Europe

Civil liberties groups have condemned the bill, which requires telecoms companies to keep for a year records of the websites users visited and the apps and messaging services they used, though not the individual pages they looked at or the messages they sent.

The Home Office says the law gives authorities the powers they need to disrupt terrorist attacks in a digital age.

It says some provisions in the new law “will require extensive testing and will not be in place for some time.”