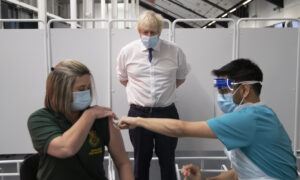 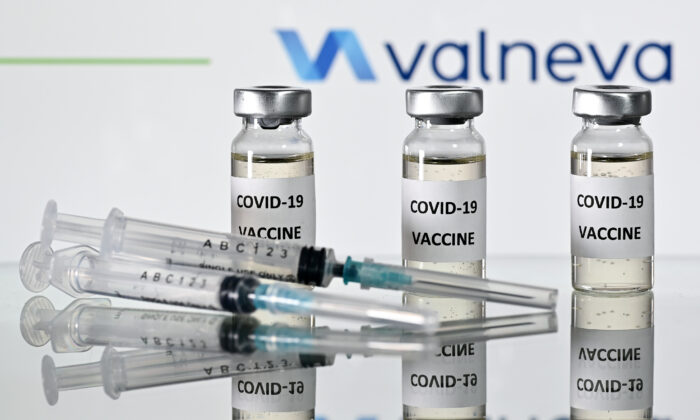 French company Valneva has started commercial manufacturing of its COVID-19 vaccine in Scotland, the UK government announced on Thursday.

The UK government has purchased 60 million doses of the vaccine, with an option to acquire a further 130 million if it is approved, the government said in a press release.

It’s brilliant that @ValnevaSE is starting the large-scale manufacture of its potential vaccine, creating 100 high-skilled jobs at their Livingston facility.

We’ve secured 60m doses due to be delivered by the end of the year if it is approved for use.https://t.co/4pDUbczlVl

Prime Minister Boris Johnson, who is on a one-day visit to Scotland on Thursday, welcomed the “brilliant” news on Twitter, which he said would create 100 high-skilled jobs at the site in Livingston, West Lothian.

Valneva’s COVID-19 vaccine candidate is currently undergoing trials and will need to receive regulatory approval before it is rolled out at the end of the year.

The company said on Thursday that 150 healthy adults aged 18 to 55 years have been recruited for a clinical study, which commenced mid-December and is expected to report initial results in April 2021.

If the jab gets approved by UK regulators, the Livingston facility will be able to produce up to 250 million doses of the vaccine every year for shipment across the UK and around the world.

Business Secretary Kwasi Kwarteng said that, by starting manufacturing before regulatory approval, the UK “will have a running start at rolling these out as quickly as possible to protect the British public” once approval is obtained.

“This facility in Scotland, backed by millions from the Government, will help us beat coronavirus and boost our resilience against future pandemics,” he said in a statement.

The start of manufacturing in Livingston today is another fantastic example of the strength of our Union, as we work together as one United Kingdom to tackle the virus 🇬🇧

“Set to deliver millions more jabs across all four nations, this is yet another fantastic example of the strength of our Union, as we work together as one United Kingdom to tackle the virus,” he said.

The UK has so far approved three COVID-19 vaccines developed respectively by Pfizer/BioNTech, Oxford/AstraZeneca, and Moderna.