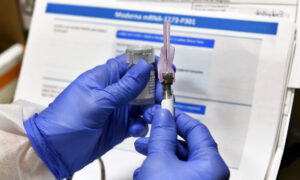 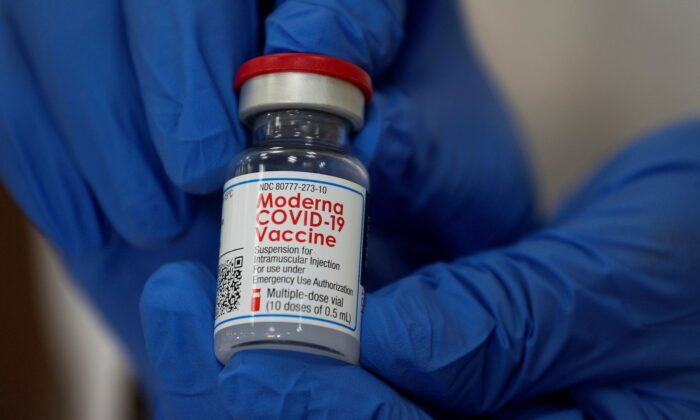 The UK government on Friday authorised the Moderna CCP virus vaccine, which became the third vaccine to be approved after the Pfizer/BioNTech and the Oxford/AstraZeneca jabs.

Excellent news the @MHRAgovuk has approved the use of the @moderna_tx vaccine.

Our national vaccine effort is accelerating to vaccinate priority groups with our existing two vaccines, and the Moderna doses will add to that when they become available in spring. https://t.co/yt43dxGuGS

A “thorough and rigorous” assessment had been conducted by scientists, who reviewed all the data to ensure this vaccine meets the required standards of safety, quality, and effectiveness, the MHRA said in a statement.

“This is great news & another weapon in our arsenal to tame this awful disease,” UK Health Secretary Matt Hancock said on Twitter.

“Once in use, all COVID-19 vaccines are continually monitored by the MHRA. This ensures that the benefits in protecting people against COVID-19 continue to far outweigh any potential side-effects,” she said.

She emphasised that it is “vital” that everyone follows the national lockdown restrictions, even if they have had a vaccine.

The UK is the fifth jurisdiction to authorize the Moderna jab, following the United States, Canada, Israel, and the European Union. The European Commission granted a “conditional marketing authorization” to Moderna on Wednesday.

The Dutch national drugs authority, the CBG, said the Moderna vaccine was expected to be effective against the variant of the CCP virus detected in Britain, but cautioned this had to be confirmed by further research.

It has to be stored and shipped frozen, but does not require the ultra-cold temperatures of the Pfizer/BioNTech vaccine. Once thawed, it can be kept at typical refrigerator temperatures.

The UK approved the Pfizer/BioNTech vaccine in early December, the first country in the world to do so. It started deploying the jab on Dec. 8.

The UK was also the first country to authorise the Oxford/AstraZeneca jab, which began to be deployed in the country on Monday. The government has ordered 100 million doses of the vaccine—enough to potentially inoculate the whole country.

British Prime Minister Boris Johnson said on Thursday that nearly 1.5 million people across the UK had been vaccinated.