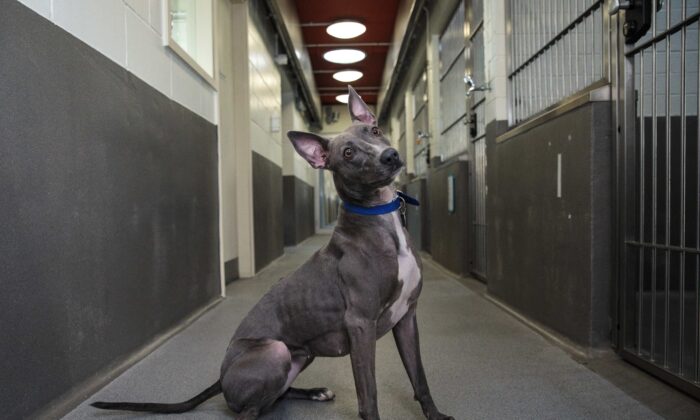 Mistletoe, a two year-old Lurcher, is pictured outside the kennels at Battersea Dogs and Cats Home, where it has lived for 69 days, in London on Dec. 13, 2018. (Jack Taylor/Getty Images)
UK

UK Animal Cruelty Offenders Could Get 5 Years in Jail

People convicted of animal cruelty crimes in England and Wales could soon be facing sentences of up to five years in jail, following recommendations from the Sentencing Council.

Last year the Animal Welfare (Sentencing) Bill was given Royal Assent and it raised the maximum penalty from six months up to five years for causing unnecessary suffering, tail docking, and animal fighting.

Between now and August the Sentencing Council is consulting on whether to adopt the tougher sentences.

Judge Rosa Dean of the Sentencing Council said: “Animal cruelty is a serious offence and can cause great distress to animals who have been ill-treated or neglected or even forced to fight each other for entertainment.

“Animals are not able to defend themselves or draw attention to their suffering, and it is important that courts have the powers to deliver appropriate sentences to offenders who commit these crimes,” she added.

Under the proposals the “highest culpability” will be reserved for “sadistic or extreme cases or those carried out in the context of commercial or organised criminal activity.”

Also, where images of cruelty are shared on social media, or committed in the presence of children, these will be treated as aggravating factors.

In February English Premier League footballer Kurt Zouma apologised after a video of him kicking his pet cat across a floor in his Essex home went viral.

Zouma, 27, was booed by fans of his own team, West Ham, after the video—taken by his brother Yoan on Snapchat—appeared. He later apologised, saying: “There are no excuses for my behaviour, which I sincerely regret. I also want to say how deeply sorry I am to anyone who was upset by the video … This behaviour was an isolated incident that will not happen again.”

The RSPCA took the cats into its care and said it had started the process of bringing a prosecution against the Zouma brothers under the Animal Welfare Act.

RSPCA Chief Executive Chris Sherwood said: “We welcome this consultation following the Animal Welfare (Sentencing) Act which was finally brought into law last year, following years of campaigning. We’re pleased that the Council is seeking views on the guidelines and that animals will soon have better protection from those who hurt them and exploit them.”